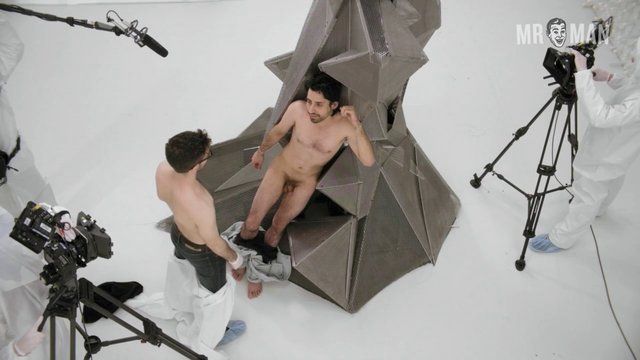 The film Stress Position (2013) blurs the line between documentary and reality. Inspired by the prisoner abuses that occurred at Guantanamo Bay, filmmaker A.J. Bond, playing himself, makes a bet with his friend and actor David Amito to see which of them could withstand psychological torment at the hands of the other for an entire week. What follows is a battle of wills between two friends that tests the bonds of friendship... And humanity! Thankfully, both men are willing and ready to show off their bods, with A.J. Bond getting sexy and shirtless several times, but it's David Amito who steals the show, going the full monty and showing off every last inch of his hot bod! That's one stress position we wouldn't mind holding!