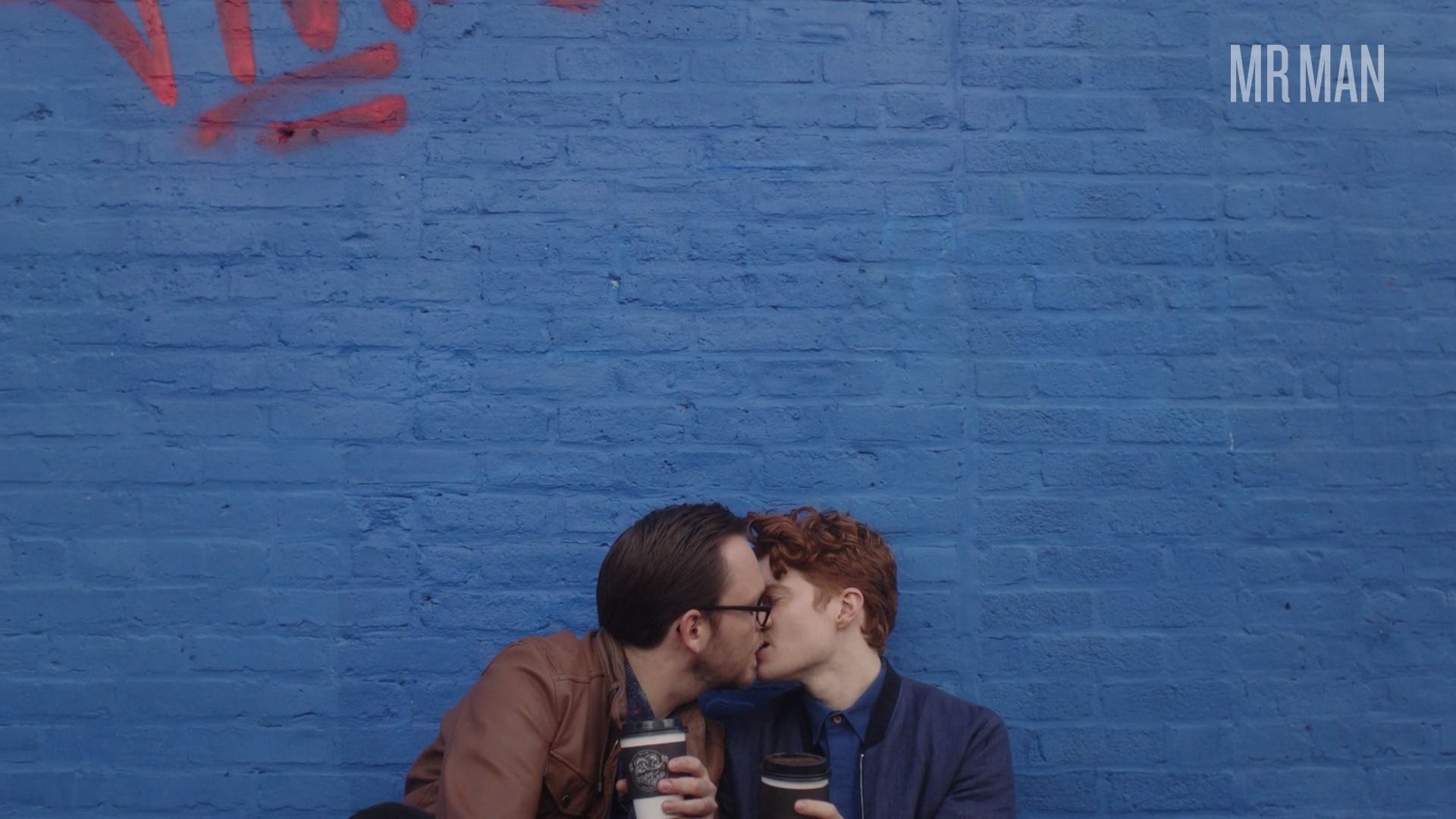 When Theo Stockman was 7 years old his parents took him to see a production of The Nutcracker and he immediately fell in love with performing. He was able to convince his parents to send him to an arts and theatre boarding school. After high school, he went to NYU where he graduated with a degree in Theatre. During this time, he also became interested in music. After college, he began auditioning and has appeared in a number of plays including Tony nominated productions for Hair and Green Day’s American Idiot. We get to see Theo making out with another guy in an episode of the Netflix show Bondage. In one scene he and another guy have a quick smooch in a coffee shop. Later things get a little hot and heavy when they make out.