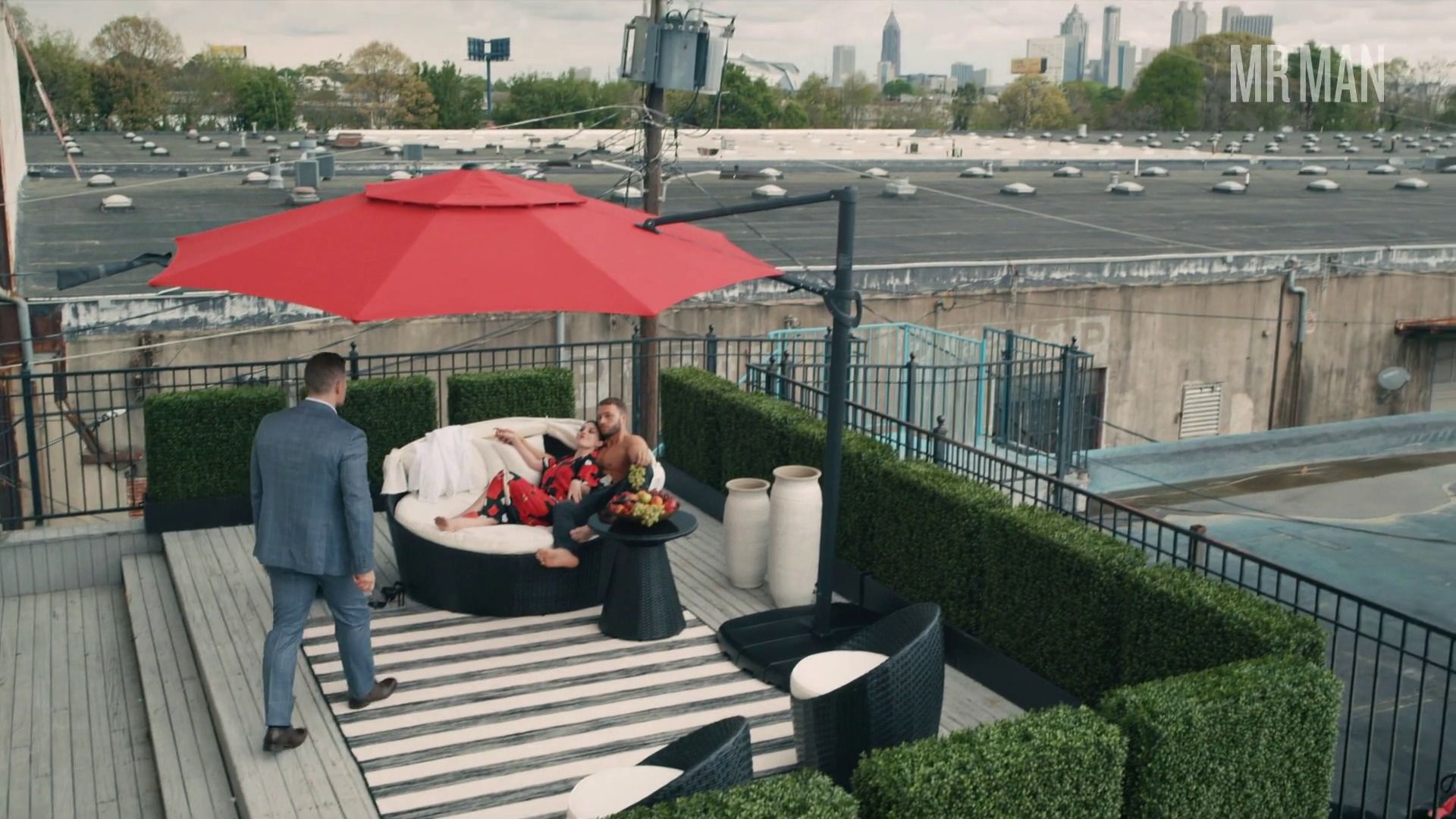 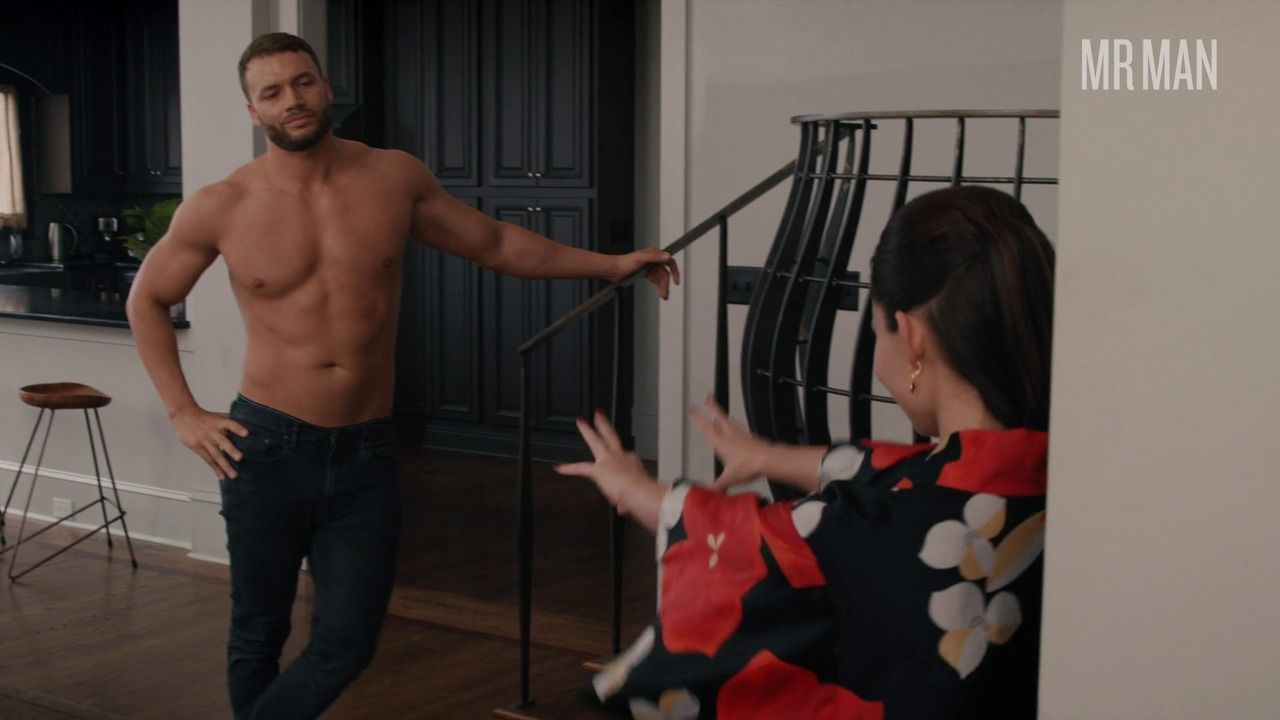 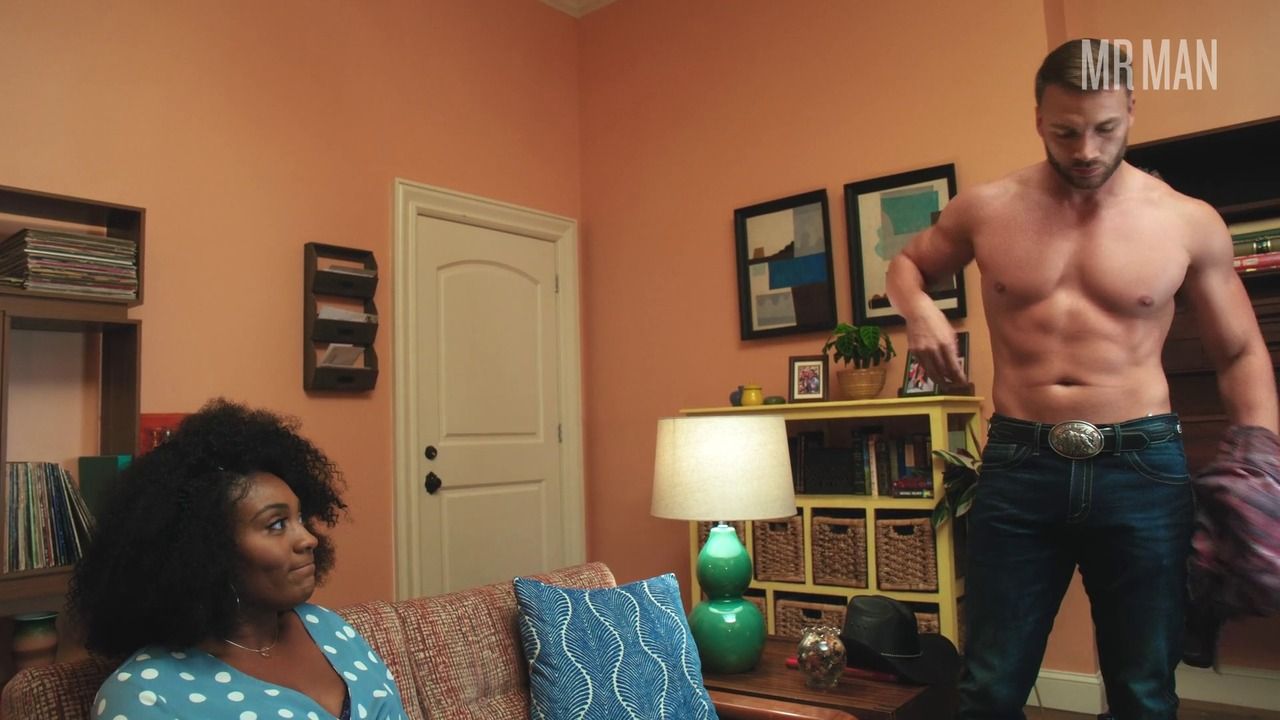 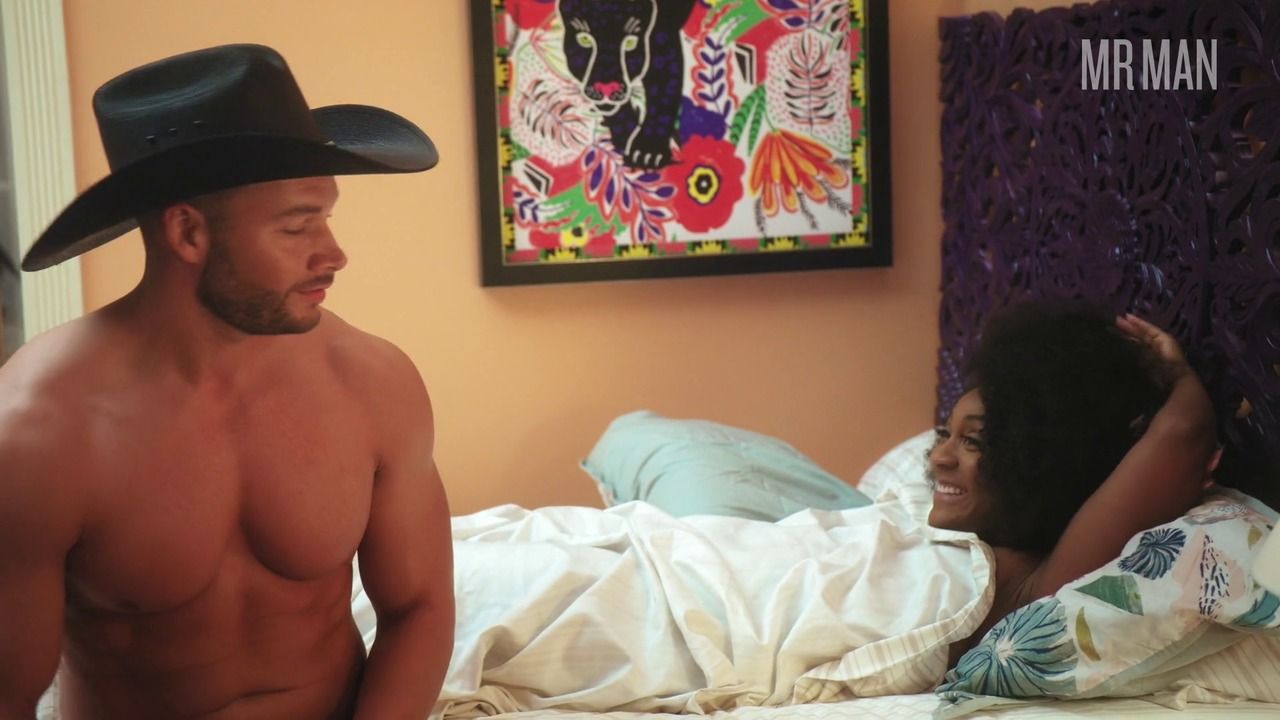 This hunk is originally out of Ashville but he's so fine he might make you think he's the mayor of ASS-ville!  Trinity Whiteside is a mixed-race mound of man meat who has been playing heartthrobs and hunks a plenty on the big and small screen.  You can catch him and his jawline in Barbershop: The Next Cut (2016), The Fate of the Furious (2017), and his most recent shirtless scene in the 2019 TV series Ambitions, where he plays a shirtless boy toy for a Russian gangster lady.