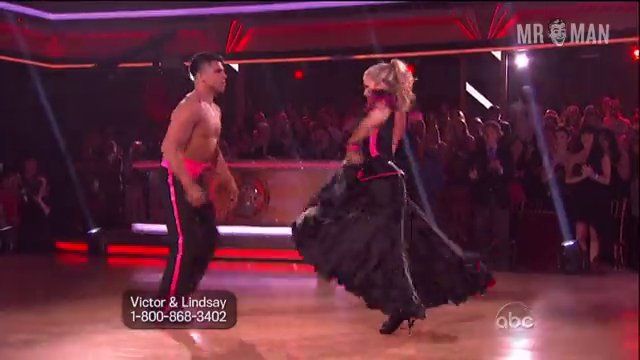 Dancing with the Stars (2005-2018)
Sexy, shirtless Ep. 16x10 Victor shows off his hunky physique while dancing on the boob tube.

Dorothy, we are in Kansas, at least briefly to witness the birth of Mexican-descent boxer extraordinaire Victor Ortiz. The former WBC welterweight champion knows that nothing beats a great workout. The proof is in his rock-hard body. Not that we'd hold that against him. We'd much prefer he hold it against us! A sexy manwich like Victor is made for more that getting into the ring half-naked with other men, though that's pretty sexy too. He's due to make his big-screen debut in the action-packed, testosterone-heavy movie The Expendables 3. But he's already made the small screen, normally referred to as a cool medium, hot with his twists and turns on the 16th season of Dancing With the Stars. Though he and his partner, So You Think You Can Dance competitor Lindsay Arnold, were eventually kicked off, Lindsay and viewers got off.