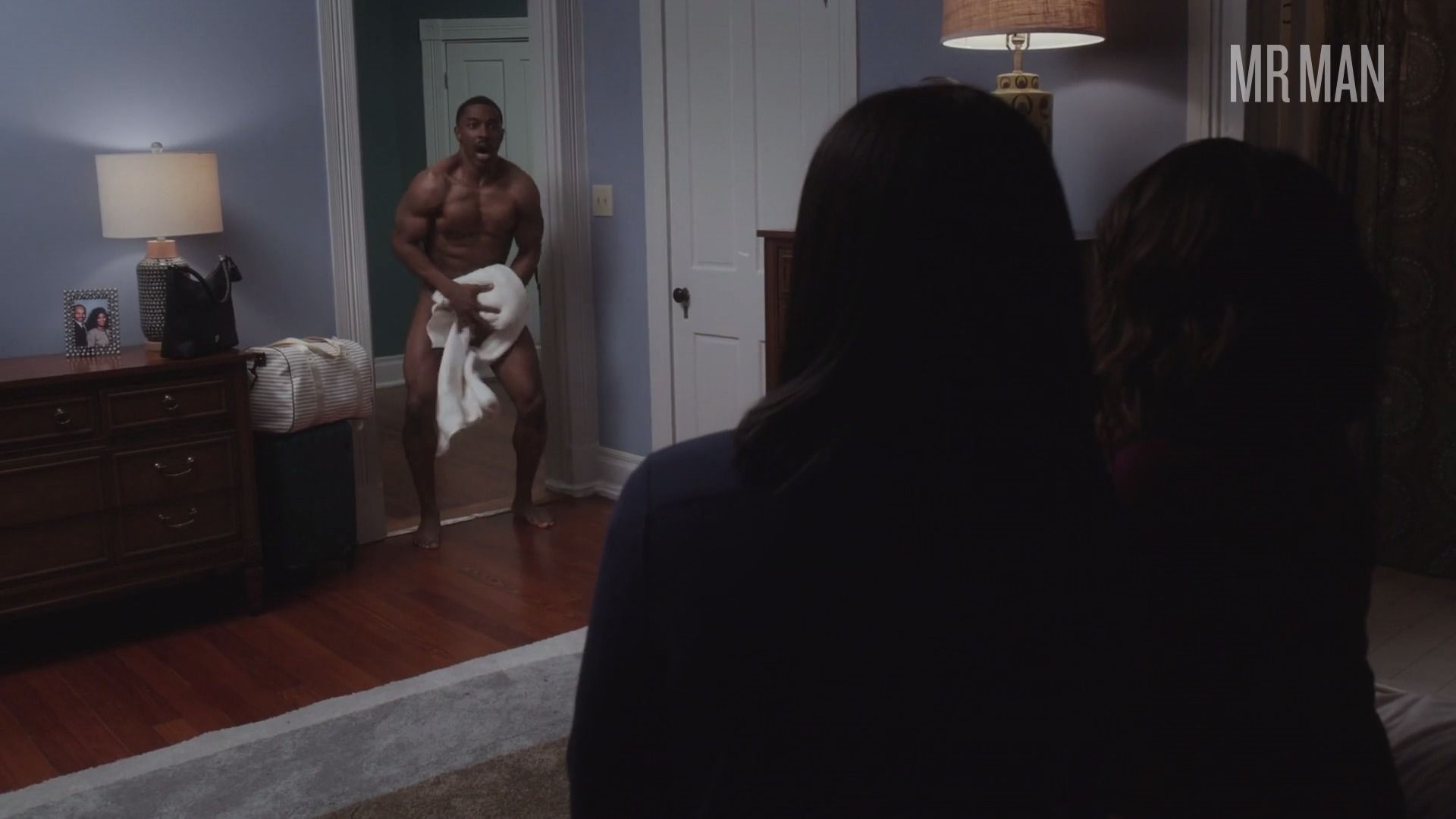 Walter Fauntleroy is a Philly native who grew up all over the world since he was part of a military family. Now that he's an adult, you might find yourself giving him a stiff salute in your pants. this sexy actor who does theater, film, television, and even commercials has been everything. He's acted in soap operas like The Young & the Restless as Nate Hastings, dramas like Prison Break and Notes to Self, procedurals like NCIS: Los Angeles, supernatural things like Stephen King's The Mist, comedies like Blackish and Barry and even Grey's Anatomy as Mark the Bartender. Is there anything Walter can't do? With a resume like that it doesn't seem like this. This sexy babe plays Sam Owen in the BET political drama The Oval. In one scene, he shows up naked in a room to surprise his wife. Unfortunately, HE gets surprised by his wife consoling a female friend. The pair are clothed and sitting on the bed, chatting when Walter comes in with nothing on. He sees her, freaks out, and covers his crotch as soon as he can. We don't even get to see his crotch. We don't see his ass either, for that matter. There no backside or frontside. Where's the justice in this world?! Let's hope that in one of Walter's many upcoming projects that he takes everything off and finally shows some nudity. It doesn't matter what the genre is, the people need it so that we can all make our O-val face.