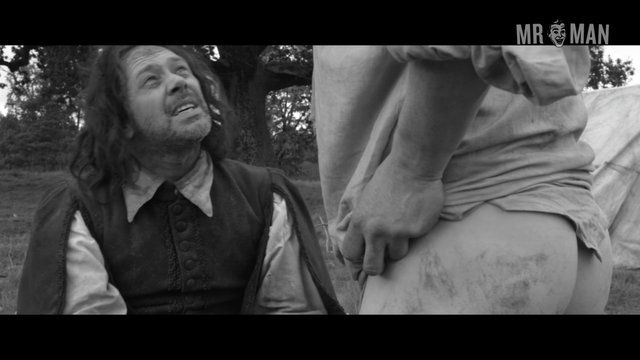 A Field in England (2013)
Nude, butt, balls, prosthetic 00:51:24 Julian Barratt shows off his ass and great balls while getting inspected by a doctor in a field. What do we want? VD! What's that? Venereal disease!
advertisement

Acclaimed director Ben Wheatley tackles the 17th Century English Civil War with his film A Field in England (2013). Two deserters to the army are captured by soldiers bound and determined to return them to front lines, but their journey is interrupted when they are captured by an alchemist who is convinced that the field in which he has set up camp is home to a buried treasure. This enigmatic and baffling film is sure to make even the most ardent art house fanatic's head spin with its twisted and complicated narrative. Even better, though, is the scene in which Julian Barratt drops his drawers so the doctor can examine his genitals for venereal diseases, giving us a nice look at his ass as well as what appears to be some prosthetic testicles as the doctor does a thorough examination!