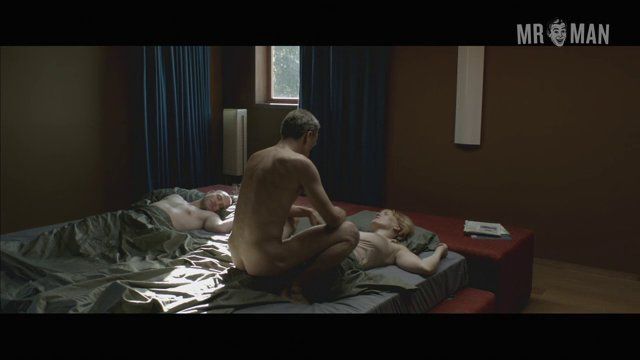 Besides being known for windmills, wooden shoes, and Vincent van Gogh, The Netherlands is also known for giving the world the maturely handsome actor Alex van Warmerdam. The ruggedly attractive grey fox has spent just as much time behind the camera as a director, producer, and writer than he has as an actor. Thankfully he’s thrilled film goers everywhere by earning memorable roles in the films Voyeur (1986), The Northerners (1992), The Dress (1986), and The Last Days of Emma Blank (2009), All these movies surely captured Alex’s beauty, but it was the odd thriller Borgman (2013) that marked the beauty’s nude debut when he teased a look at his butt during a creepy scene. We wish his butt would’ve come during a better scene, but with a role in the 2015 expected crime drama Schneider vs. Bax, we can only hope that Alex brings the cock and balls, and we’ll bring the lube to the screening!