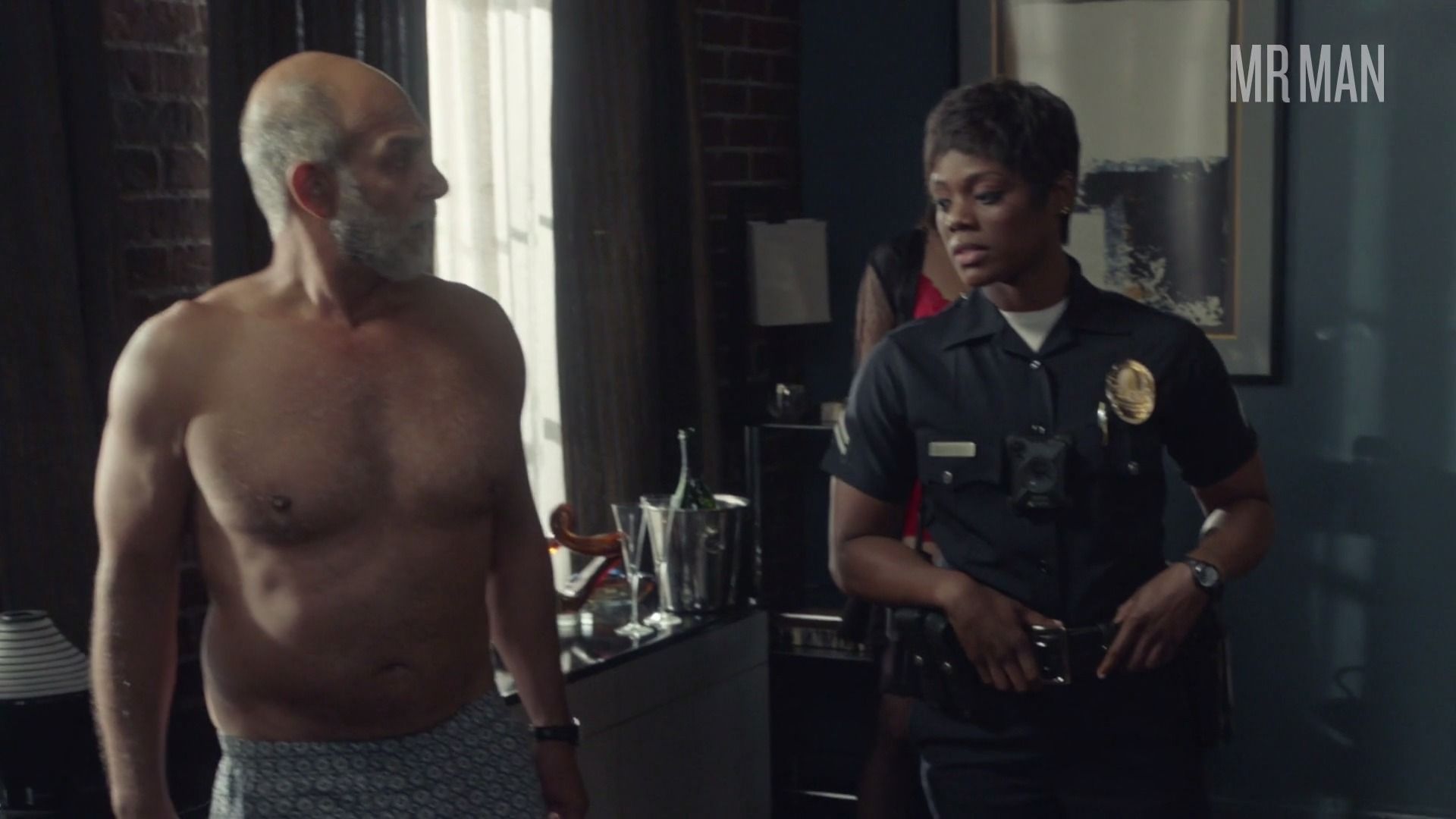 The amazing Anthony Azizi is an actor best known for his work in Eagle Eye (2008), RoboCop (2014), and Transformers: Dark of the Moon (2011). Anthony made his onscreen debut in the TV series Crisis Center in 1997. He was born in New York City on May 29, 1969. Anthony gets stripped and sexy for his role as Peter Ascari in the TV series The Rookie. This silver fox is still keeping his beautiful body toned and tasty and we get a peek when he talks to the cops in his boxers! We get a great look at Anthony’s beefy pecs while some ladies hang behind him in their lingerie. Lucky girls!