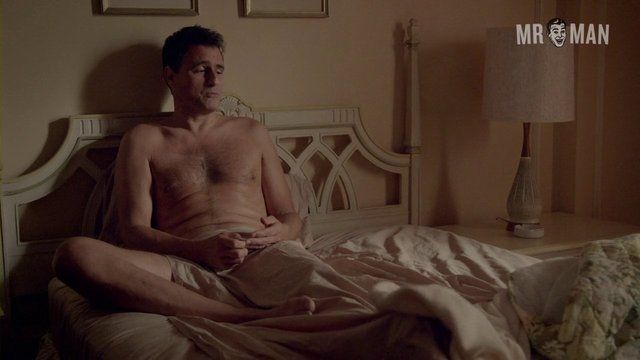 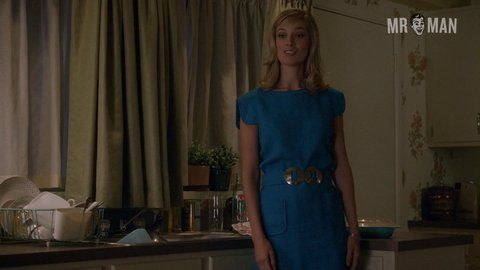 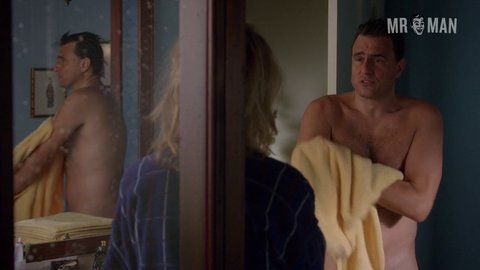 Ben Koldyke’s acting career got a jump start by a chance encounter. Ben was originally a high school English teacher and football coach who one day ran into actor Rob McElhenney at a Venice Café. With Robs help Ben landed a pilot and while the pilot wasn’t picked up it helped him get other parts including a recurring role on the HBO show Big Love (2006-2011). Since then Ben has appeared in a variety of comedy and drama movies and TV shows. He has also written, produced, and directed a number of products.

It’s Ben’s recurring role in the show Masters of Sex (2013 - ) that is giving us recurring happy dreams. On multiple occasions we get a chance to check out Ben wearing very little. In one episode he has just stepped out of the shower and is wearing just a towel around his waist. His wet upper body shines like a golden god’s. In another episode we get him shirtless again as he relaxes in bed then rolls around in the sheets as he and woman get their freak on. From any angle his broad shoulders and nice body look fantastic no matter if he is drying off or messing around in bed.