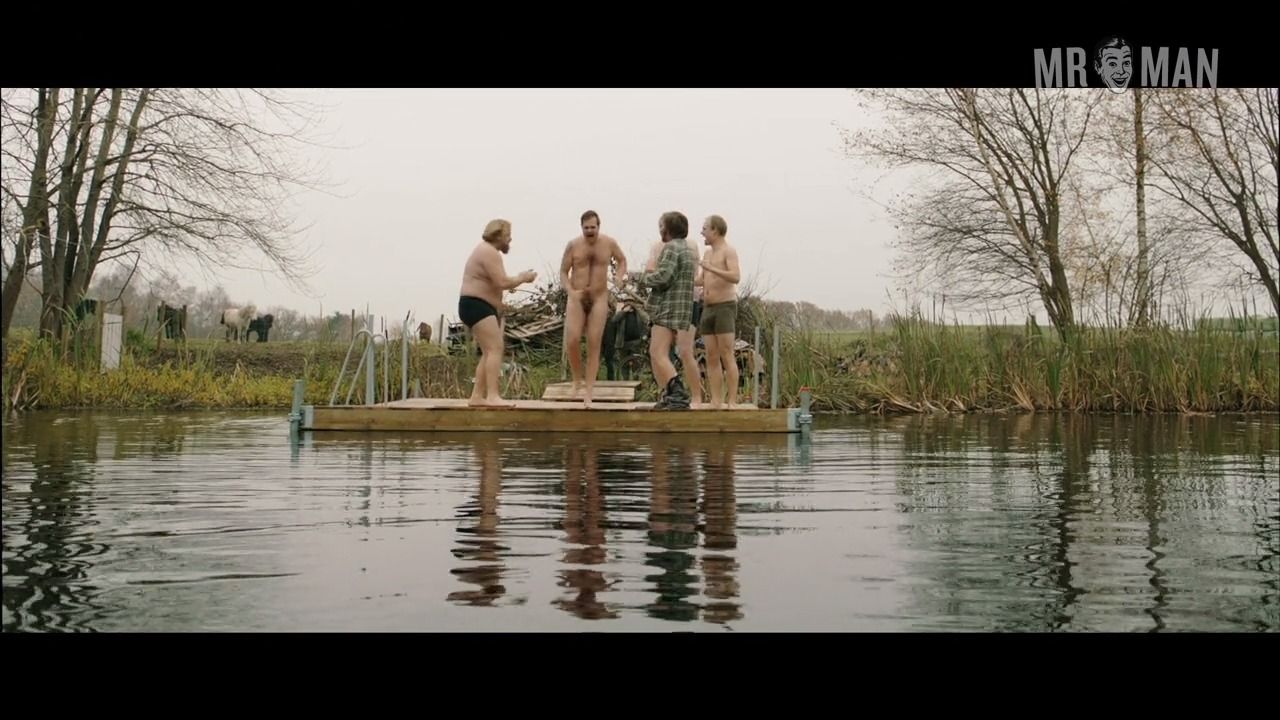 The Hunt (2012)
Sexy, underwear, bulge, shirtless 00:00:40 Lars, Troels, and Bjame all bulge out in their undies. There's a full frontal performance by someone. Odd scene.

With an exotic and sexy name like Bjarne Henriksen, you know this Danish dude has to be hot. The sexy actor has been making a name for himself in cinema since his debut appearance in the drama Hjerter I slør (1992). Bjarne his stardom in Denmark for his recurring roles on boob tube shows At the Faber, Lykke, and Borgen. With his long career, it wasn’t until his bit role in the emotional drama The Hunt (2012) where we got to see the sexy actor in his undies. It was a tease, but we’ll take it. Bjarne is a Danish we’d love to indulge in!