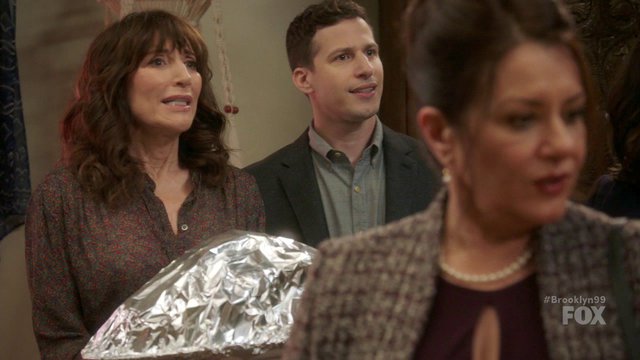 The bodacious Bradley Whitford is an actor best known for his work in The West Wing, Get Out (2017), and Scent of a Woman (1992). Bradley was born in Madison, Wisconsin on October 10, 1959. He has appeared in over 100 films and TV shows and has been nominated for three Golden Globes. Bradley shows some skin in the FOX series Brooklyn Nine-Nine. The always adorable Andy Samberg takes on cop-movie cliches on this series. Samberg stars as Jake Peralta, an outer borough detective who's spent his career by gliding by on his good looks and considerable charm. But that's all about to change, thanks to his no-nonsense new boss. Bradley shows off his luscious legs in an episode called “Two Turkeys.” We get a great look at Bradley’s bod when he wanders around in no pants! If it's hot cops you're looking for, then Brooklyn Nine-Nine is a big ten-four.