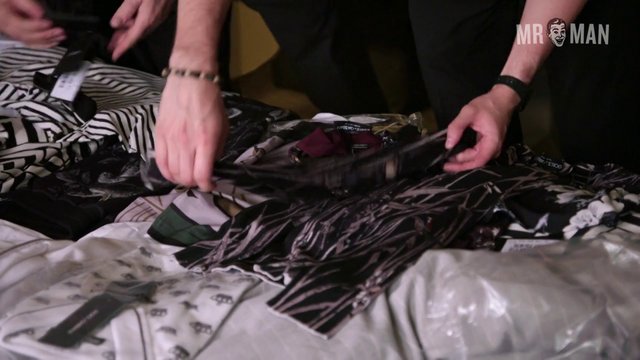 Cameron Dallas is a social media megastar with millions of followers on YouTube, Twitter, and Instagram. After you check out his adorable face, hot bod, and even his tight tush, you'll understand why he has so many followers! Dallas first became known for his wild antics on Vine. The 5' 9" stud has grown into more than just a social celeb since then, and now is also a model for brands like Calvin Klien and Dolce & Gabbana. Netflix decided to document the crazy world of Cameron, and in the reality series Chasing Cameron you can get behind-the-scenes glimpses into his life. We're particularly excited about two shots in which Cameron bares his hot bubble butt and sexy tan line! More like Dal-ASS!