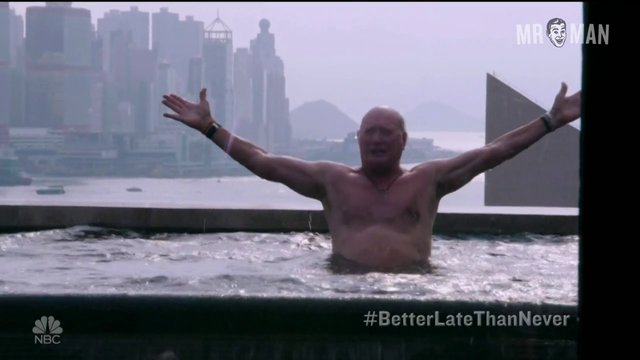 Better Late Than Never (2016) is better than your average comedy! This fish-out-of-water series follows hunky heavy hitters Henry Winkler, William Shatner, Terry Bradshaw, and George Foreman on an enormous adventure. They travel Asia together, figuring it's better to explore the wonders of the far East better late than never. The hilarious leading men have no itinerary - just their own wits and charms!

Terry Bradshaw takes a dip in the pool. His goodie bits are blurred out, but it's just enough of a tease to make us say that something is better than nothing. One of the boys shows off his buns, so now it's up to the others. Pull down those pants, fellas!