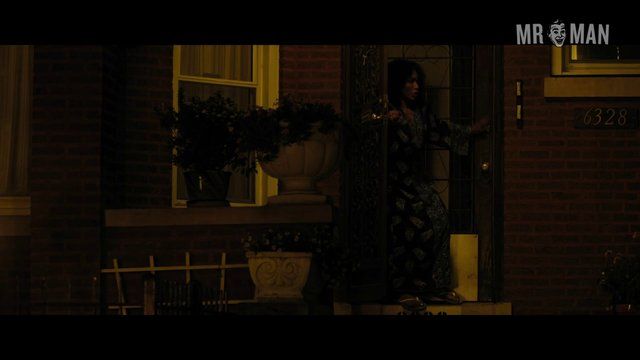 Chi-Raq (2015)
Nude, butt, straight, shirtless 00:12:53 Who knew Cannon had such gorgeous cans? Watch as the singer and actor rears rear while ramming a chick before running around outside in his boxers.

Chi-Raq (2015) is a modern day apation of the Greek comedy Lysistrata, a work by Aristophanes that has our heroine organizing a sex strike in hopes that the men will put their weapons down and make peace. Except this time, Lysistrata lives on the South Side of Chicago, where two opposing gangs are entrenched in a brutal, bloody war. When a little girl is killed by a stray bullet, Lysistrata decides something has to change, so she rallies the women of the South Side and proclaims that no man will get it in until they make peace. This proves to be difficult for the men, one of which is Chi-Raq himself, a rapper played by Nick Cannon. He get's naked just once, baring his buns while he bangs the beautiful Lysistra, but it's a magical moment that mitigates the tension from all that political satire.