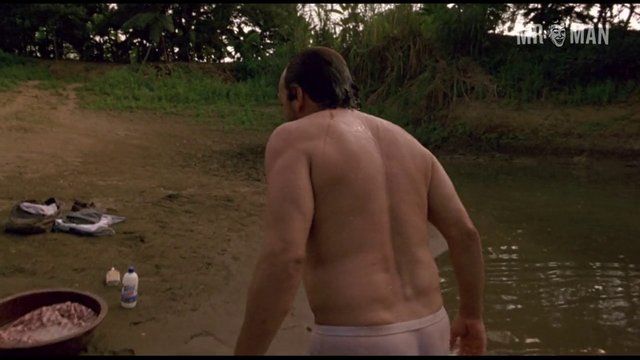 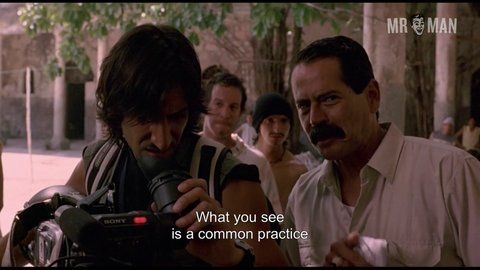 Crónicas (2004) Sexy, underwear, shirtless 00:20:05 Fearful for his life, Damián Alcázar stands in nothing but his briefs, covered in actual crap. 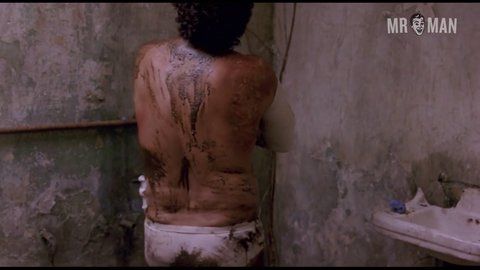 To most English-speaking audience members, Damián Alcázar is probably best known as Lord Sopespian in the 2008 fantasy film The Chronicles of Narnia: Prince Caspian, however he has amassed an enormous amount of Spanish film credits over his decade spanning career. Still it's his turn as Vincio Cepeda in Crónicas (2004) that really got our attention. Not only does Damián chill us to the bone as the secretive, sinister Cepeda, he also gets our hearts racing by stripping down to his tighty whities which he even gets wet, first in a shower scene, washing off his muddy and near naked body and again while emerging from the water, showing off his caboose in even wetter see-thru briefs. Alcázar may be playing a slippery criminal, but his slippery body is what we can't resist. Hell we'll likely disappear and never be seen again, but at least we'll have visions of Damián to remeber