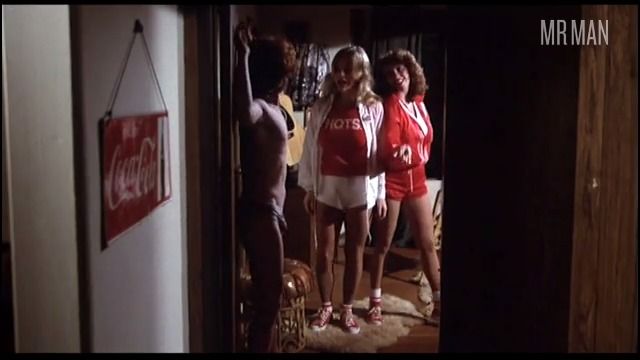 AH, Danny Bonaduce!  Arguably the most famous child star of all time?!?  This redheaded hot head has been a Hollywood bad boy, an adorable child actor, a DJ, a martial artist, and a dreamboat since he blew up onto the scene as Danny Partridge on the family comedy and musical review series The Partridge Family (1970).  He couldn't quite get his acting career over the hump after being the breakout star of that show, having bit parts in other shows since 1974, mostly playing himself because he became such a large personality after a few high profile arrests, one of which involved him hiding in his closet after beating up a trans prostitute he tried to hire!  Danny didn't get nude anywhere that we know of yet on celluloid but he did get down to his bikini briefs in the college exploitation flick H.O.T.S. (1979), where his feathered red hair is unmistakable and only highlighted all the more by his tiny stature and swollen bulge while the ladies of the sorority next door go on a jock-strap raid in Danny's dorm!  Danny is still cracking wise somewhere at this very moment and I'm sure sooner or later you can catch him playing himself again with his signature ginger locks and short temper on full display!