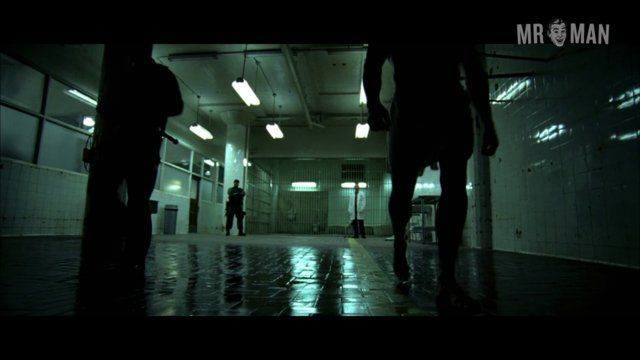 Death Race (2008)
Nude, butt, shirtless 00:13:35 Jason shows off his incredible physique while getting cleaned and beaten up in lock up.

Jason Statham gets behind the wheel and drives for his life in Death Race (2008) the story of prisoner who is forced to compete in a brutal car race/battle to the death.

Statham blows things up, kicks some ass and bares his own ass all for our enjoyment. He will have your heart racing like a turbo Vette in a scene where we see him from a distance as the prison guards hose him down while he is fully nude. There is a stupendous shot of his succulent salt shaker and there is even a very quick, slightly obscured frontal shot.

As Death Race plays out, Jason blows up the bad guys and his sheer sexiness, built physic and firm ass will have him causing an explosion in your pants.