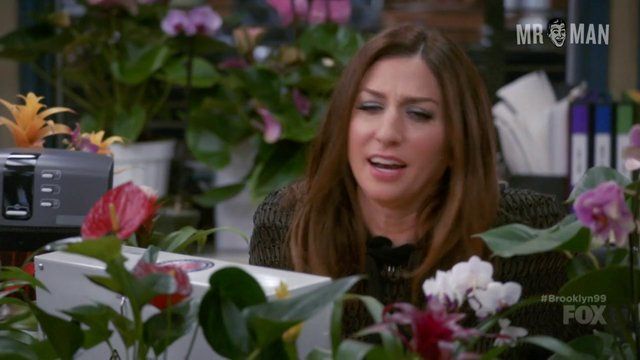 The delicious Dirk Blocker is an American actor best known for his work in Poltergeist (1982), Starman (1984), and Brooklyn Nine-Nine. Dirk was born in Hollywood, California on July 31, 1957. Dirk made his acting debut in 1974 on the TV series Marcus Welby, M.D. Since then, Dirk has been in over 70 TV series and films. Dirk strips down for his role as Hitchcock is FOX’s comedy series Brooklyn Nine-Nine. The series follows a skilled but childish detective working in Brooklyn as he butts head with his new, strict Captain. Dirk gets shirtless in an episode called “The Overmining.” Dirk shows off that delectable dad bod while shoving a hoagie into his mouth, standing shirtless in the police station. It doesn’t take a detective to know that Dirk is super sexy!