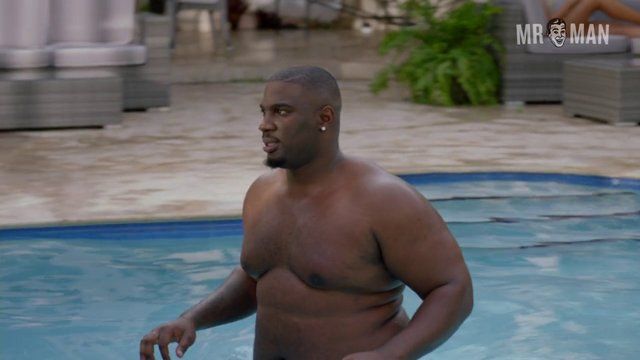 The delicious Donovan W. Carter is an American football player and actor best known for his role as Vernon Littlefield on HBO’s series Ballers. Donovan was born August 12, 1989 in Washington, D.C. Donovan loved acting from a young age but as he grew older he eventually transitioned to sports. Donovan went to college at UCLA with a full ride football scholarship. After university Donovan was drafted by the Oakland Raiders but was cut from their mini-camp. At this point Donovan turned to acting and was soon cast in a starring role in Ballers. The series, led by Dwayne Johnson, follows a group of football players and their friends, families, and handlers. Donovan strips down for his role, appearing shirtless in the pool and showing off his big, beautiful chest. The episode is called “Million Bucks in a Bag” which makes sense because Donovan’s naked body looks like a million bucks!