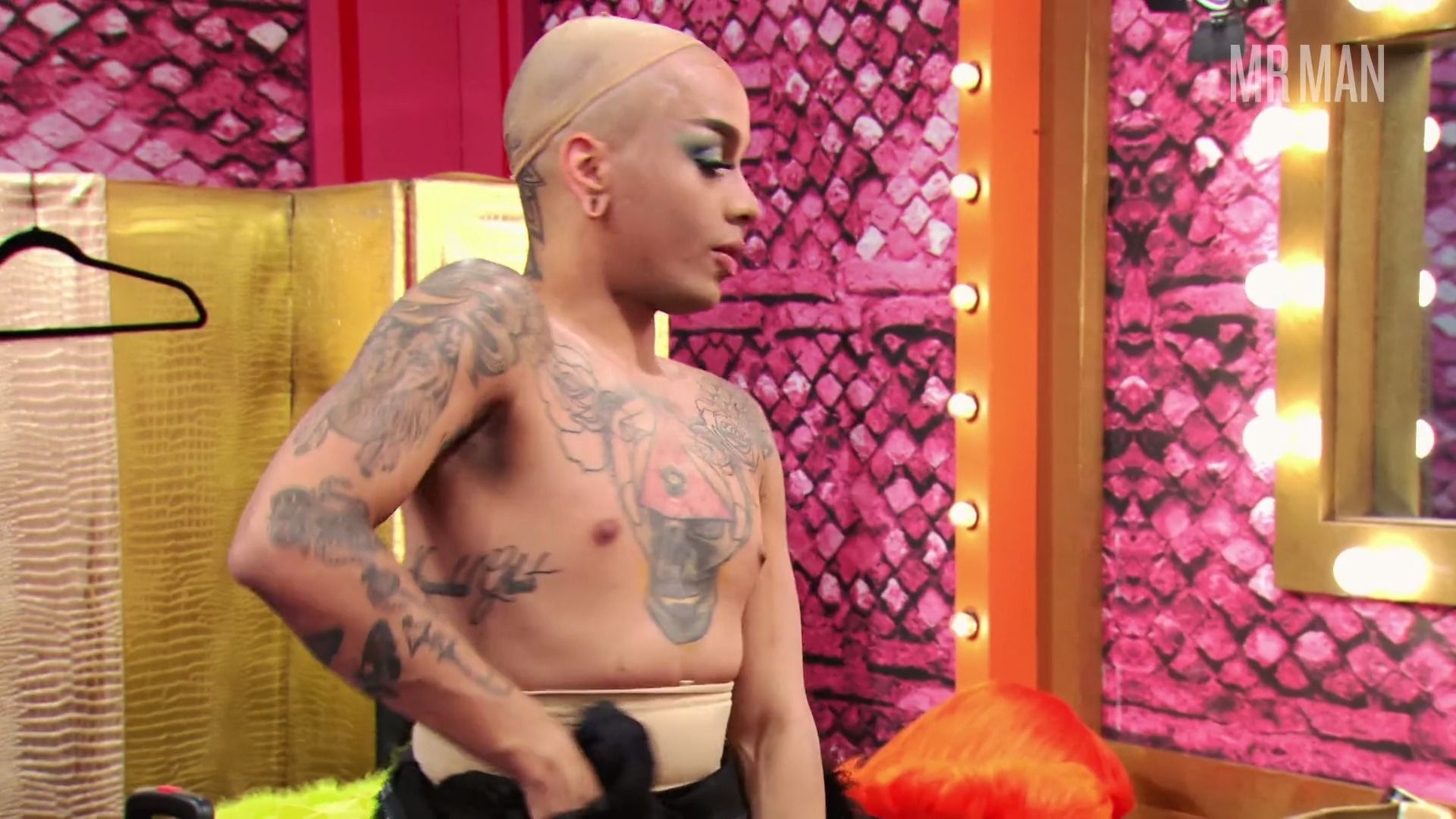 Erick Anthony is a super sexy, openly gay actor, model, and drag performer. His drag name is Dahlia Sin, inspired by the beauty of old Hollywood. She calls herself the tattooed beauty doll! Erick was born in Michigan and moved to Brooklyn to pursue makeup and fashion. It's there that he transformed into Dahlia Sin who fills us with sinful thoughts when he became a contestant on season 12 of RuPaul's Drag Race. In the workroom, Dahlia undresses to transform into Erick who shows his shirtless sexy body. He certainly is tattooed! He looks sexy in his underwear, but we'd love to see him really untuck.