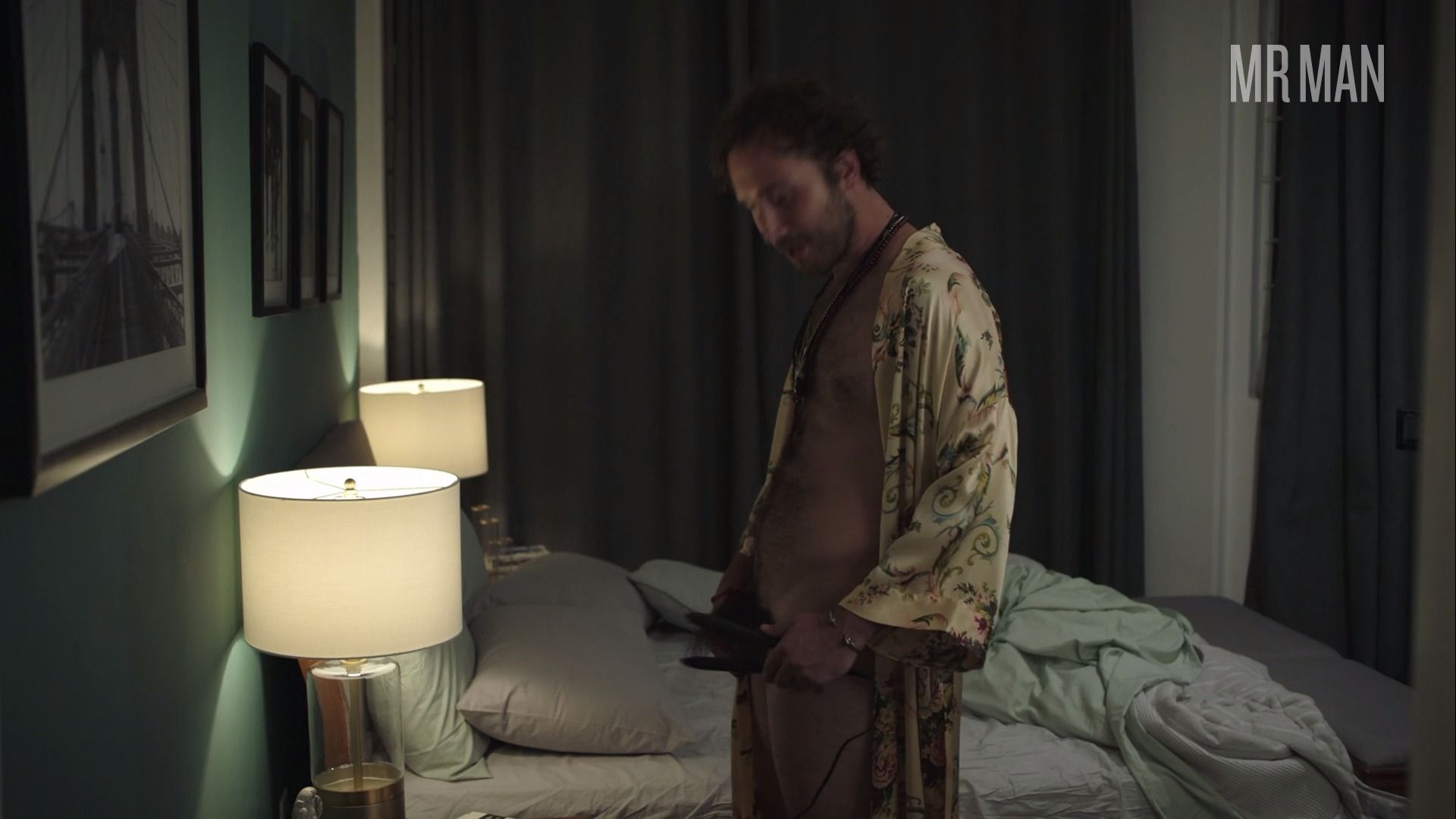 The amazing Erik Vega is someone to actually watch. He has been in the business for years as an actor, a host, and a singer with work in several Mexican commercials. He's also studied a lot of theater and even studied clown with the Italian theater company Residui Teatro. We're not clownin' around when we say Erik is very sexy! He made his onscreen debut in 2006, but then he took a few years off before turning to play Chavo in 2012's Hidden Moon. After that he starred in A Selfie (2015), Loco Love (2017), La rosa de Guadalupe (2015), and Loca Por el Trabajo (2018). He has a great role as Mejor Amigo in How to Survive Being Single (2020) which shows us a great look at Erik's shirtless chest. He wars a robe in one scene to show off his chest hair. That chest hair matches his hairy, muscular thighs. We can check out all of this because we see him wear his gray underwear which really shows off his big bulge. In another scene, he is sans underwear. Not only is he not wearing underwear, but he is also holding a straight iron. Why? Don't worry - he isn't harming his private parts. He is, however, hiding them from us with a long piece of straight hair. He's straightening his pubic hair! Now he has a long beautiful wig down there as if an American Girl Doll's hair was a merkin. It's a merkin, and it'll get you jerkin'!