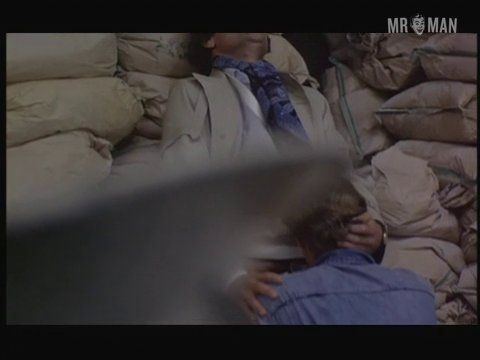 Gees Linnebank is one of those actors that shined both on the theater stage and on the big and small screens. When the Dutch dude was not performing in Samuel Beckett and Molière plays, he brought his acting skills and manliness to the films The Family (1973), Vandaag of morgen (1976), Rigor mortis (1981), and Flodder 3 (1995). Gees found a place on the boob tube with recurring roles on the shows Armoede, Coverstory, and Ben zo terug. With all his acting gigs, Gees frustrated us by getting nude in only one film, but it was one amazing scene! In the romantic drama Spetters (1980), Gees showed off his erect rod while receiving some sweet head from his co-star Ben Aerden. Doesn’t look like Gees is doing much acting in that scene!