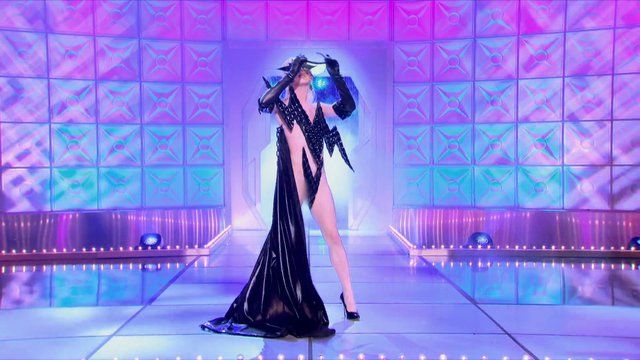 Pennsylvania native Giovanni Palandrani had a feeling he would be a drag queen from a young age when he would watch videos online showing guys dressing up as women. As he got older he started dressing as a woman and making online videos himself. After high school, he moved to New York to attend the Fashion Institute of Technology. He was able to put the performing and style to work when he landed a spot on the reality show RuPaul’s Drag Race.

It’s in an episode of RuPaul’s Drag Race where we see Giovanni in a very skimpy costume. As he struts out we see him from the side showing some nice side-ass. When he turns to face the camera we get some abs, legs, chest, and even a little bush as his outfit barely covers his manhood.