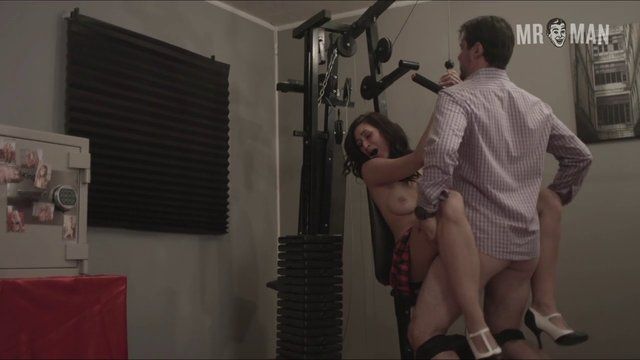 Gone by Dawn (2016)
Nude, butt, straight 00:27:24 Jayson Therrien lets his ass hang out from under his button-up shirt as he sexes up a girl on some workout equipment.
advertisement

Gone by Dawn (2016) is a gripping thriller about three strippers who get even with their abusive club owner. Alana, Roxy, and Crystal drug their dim-witted but strong-willed boss, holding him hostage and giving him a taste of his own perverse medicine. All the ladies need to do is get him to reveal the combination to the safe so they can get some cash and be gone… by dawn. It should be no surprise that things don’t go quite as planned, and towards the end of the flick things get increasingly sticky for the trio. Speaking of sticky things, you’ll be a mess after you see some hot ass from Jayson Therrien. While banging a girl on some workout equipment, the hunk let’s his cheeks peek out from under his shirt! Now if only he would star in the sequel, Dong by Dawn!