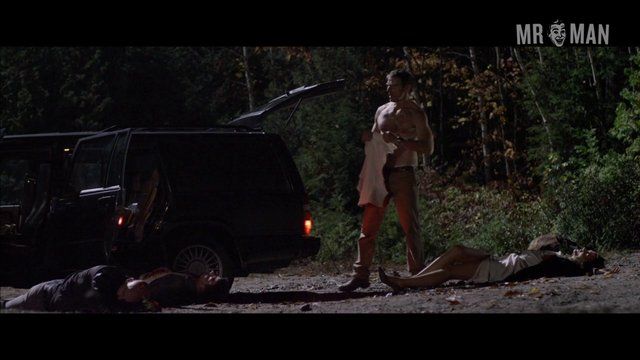 The critically acclaimed Rabid Dogs (2015) is a movie a half century in the making. Italian horror maestro Mario Bava helmed the project in 1974, but it was scrapped by the production company before it could be edited and completed. Rediscovered in 1998 and lovingly assembled by passionate fans using Bava’s original notes, Rabid Dogs was finally released in 2015 after securing finances. The story centers on ruthless criminals who unknowingly hijack the car of a couple who have kidnapped a baby. Mario paints a bleak landscape, meshing horror with dystopian. Thanks to Laurent Lucas, you can mesh a bit of sexy in there as well! In addition to some ass action from the star, we also get a look at Lambert Wilson’s shirtless bod as he deals with a body in the forest. You’ll go rabid… on yourself!

Sexy - as The Father