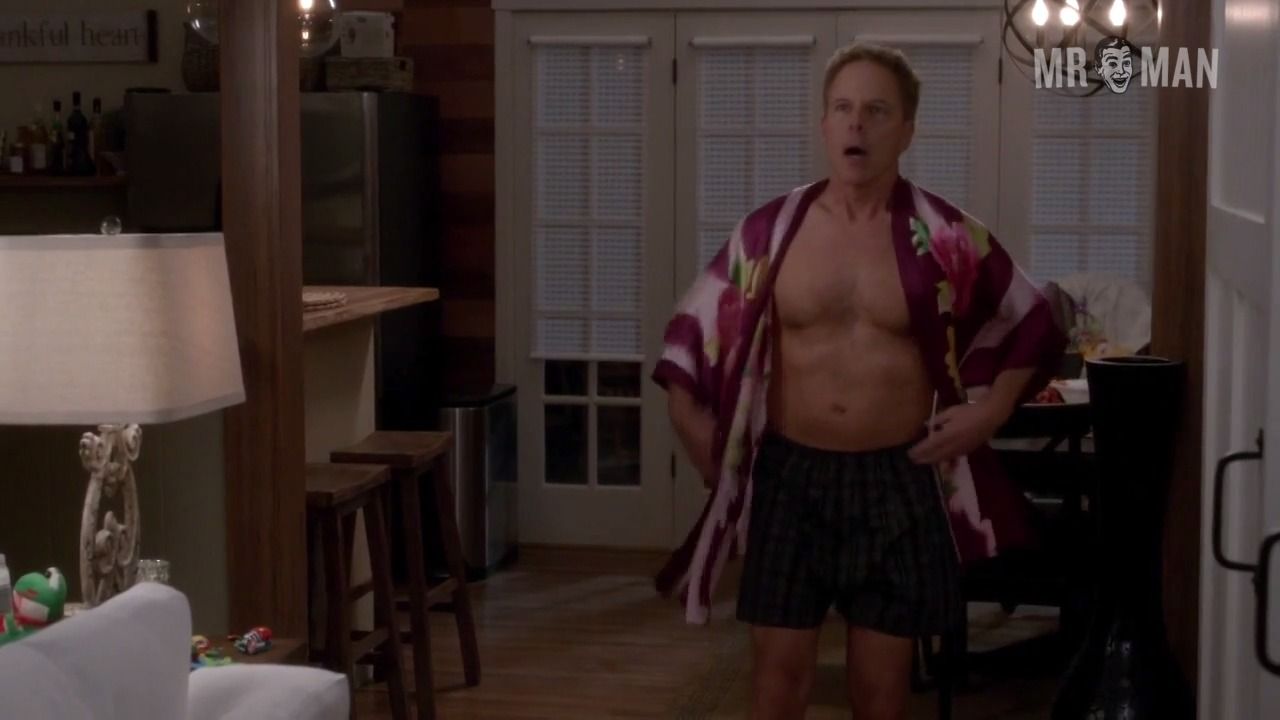 Growing up in Golden, Colorado Hollywood was a long way away for Greg Germann but he didn’t let that keep him from just having fun acting in local theater and making short films with his friends. One of those films (directed by and starring Greg) was accepted into Sundance which got him a lot of attention. After a number of small parts in TV shows and movies, he landed a regular part on the TV series Ned and Stacey. That led to his big breakout when he landed a starring role on the hit show Ally McBeal. With more than 110 professional credits to his resume, Greg seems to walk that line between interesting character actor and fun, quirky leading man.

In an episode of Greys Anatomy, Greg shows us some of his anatomy when he opens his robe and shows off his fit upper body. He’s funny, interesting, and has some pretty impressive abs.