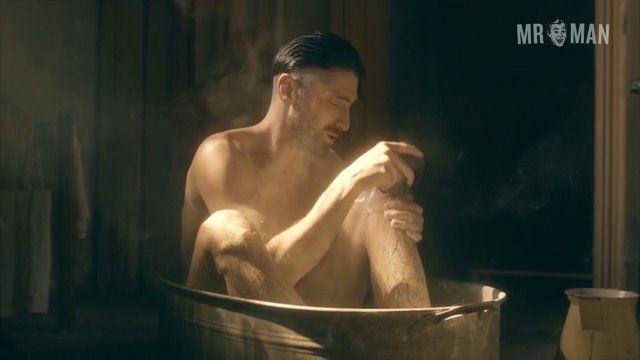 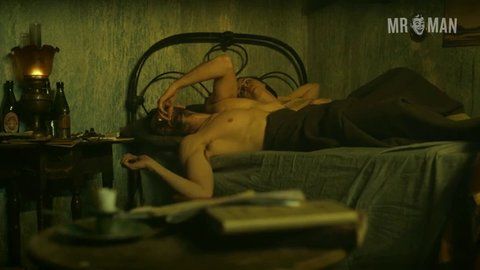 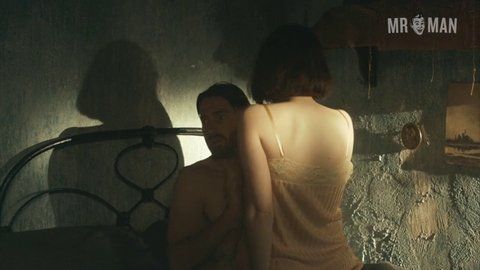 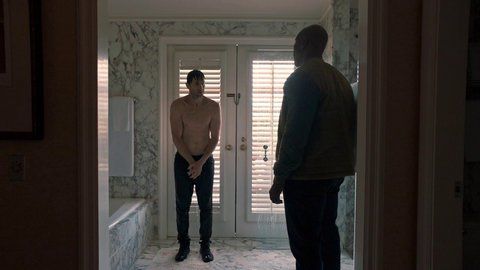 With a first name that is slightly reminiscent of a name of James Bond villain, Iddo Goldberg certainly doesn’t have a villainous bone in his beautiful body. Born in Haifa, Israel, the Mr. Man office has christened Iddo with the unofficial nickname “The Hebrew Hottie.” Iddo kicked off his slowly growing acting career with bit roles in the films Fast Food (1999), L’Auberge Espagnole (2002), The Defender (2004), and Dead Fish (2005). While he definitely looked hot in these flicks, Iddo thrilled us on the boob tube, showing distant shots of his peen and butt while skateboarder in the nude on the 2000 soap-ish drama series Attachments. We liked his fleshy attachment dangling between his legs! Boob tube success has enveloped Iddo, and his been a recurring fixtures on hit shows like, Secret Diary of a Call Girl, Mob City, Salem, and the Netflix original series Peaky Blinders, where he has a few scenes us upper body baring and a terrific scene where a moment of sexual intercourse gets interrupted, leading to a rushed but satisfying look at his fleshy and fantastic ass. Iddo’s raw sexiness is worth his weight in gold!

4 Pics & 1 Clip
Nude, butt, shirtless Ep. 01x05 | 00:13:25 Iddo Goldberg gets busy with the legendary Jennifer Connelly in her sleeping car and we get a good look at his caboose!