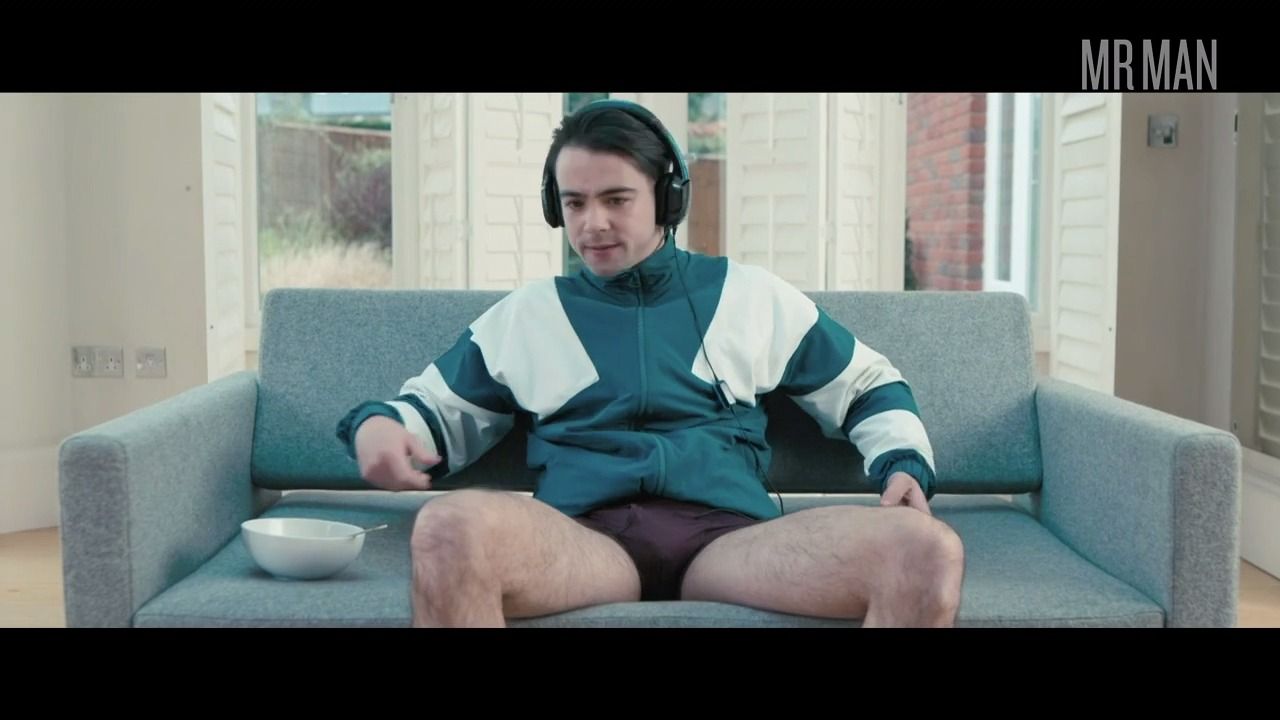 The sexy Jack McMullen is a Liverpool lad who will make sticky pools in your pants when you see him. McMullen is one sexy dude who writes, acts, and looks good doing all of it. He's starred in Brookside (2002), The Souvenir (2019). Grange Hill (2004), Doctors (2006), The Knife that Klled Me (2014) and so many more. You might recognize him best as Finn Sharkey in Waterloo Road (2010) or as Dean Kelly in Little Boy Blue (2017). Or who knows where! He's got a recognizable face and he's all over the place. He plays Jack Turner in the BBC 2 series The First Team (2020) where he appears as a footballer. That's soccer for our American readers. You can be from anywhere around the globe to appreciate the package on Jack. He plays a video game in a track jacket and his underwear, sporting a package that has us wanting to unwrap it. He plays video games and gets his ass kicked by a child, but we just wish we could see his act. Maybe next time Jack will give us a little more to jack off to!