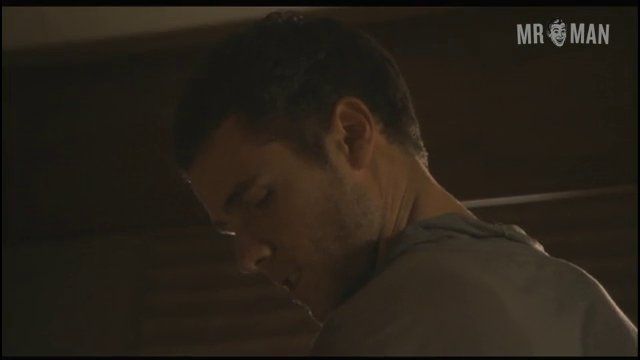 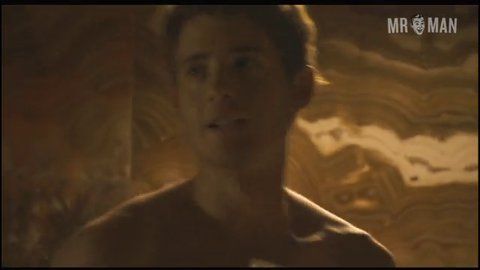 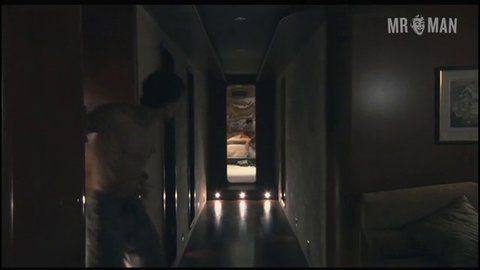 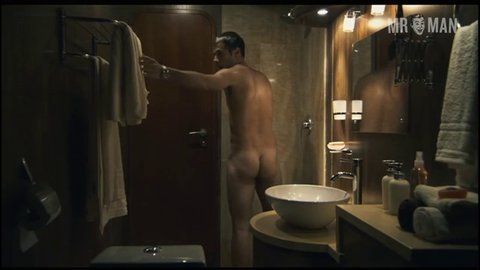 Jay Taylor is as talented as he is handsome, a fact that is highlighted by his 2003 acceptance into the prestigious Royal Academy of Dramatic Art. When he emerged from his top notch schooling, Jay quickly earned a role in the boob tube biographical flick Daphne (2007), a role that garnered him spots in the big screen flicks Rise of the Footsoldier (2007), Blooded (2011), and A Fantastic Fear of Everything (2012). The cultish thriller Donkey Punch (2008) marked Jay’s nude debut where he showed off his cheekage in three amazing scenes, including an orgy punctuated by the titular action. We’re not sure if Jay got to show this side of himself in the classroom, but that’s a textbook ass worthy of your time!

8 Pics & 4 Clips
Nude, butt, underwear 00:27:49 More clenched ass cheeks from Jay as he moons the room.
Nude, penis, balls, straight, shirtless, butt 00:32:52 It's orgy time, Julian Morris is shirtless, then later shows his penis. Tom Burke bares butt and very briefly flashes peen twice. Odd man out Jay Taylor is wearing a pouch.
Nude, penis, balls, shirtless, butt 00:35:30 Get ready for skin, first up is Jay Taylor's ass, then Tom Burke's ass, then a shadowed penis can be seen on Julian Morris. At the end of the scene Tom Burke's ass, back sack and penis can be seen when he bends over.
Nude, butt, shirtless 00:59:33 Get a load of Jay Taylor's wet tush when he exits the shower.