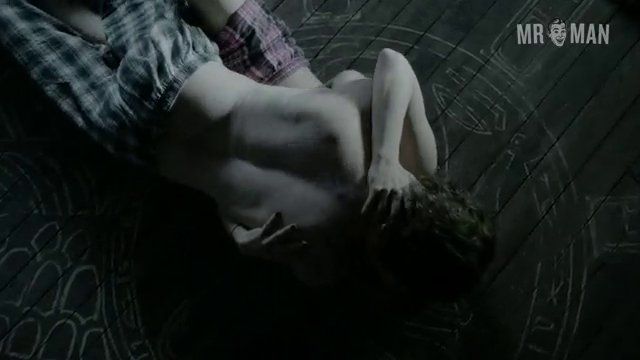 Dead Souls (2012)
Sexy, straight, shirtless 01:03:54 Jesse makes makes out and cuddles with his girlfriend. There's not much to see.

Don’t let the name fool you. Jesse James is a handsome actor who’s not a bad guy idiot like his name may imply. As a young actor, he had a knack for picking the right roles, or the right roles picked him. Jesse’s first two big screen films were both Oscar winners—As Good as It Gets (1997) and Gods and Monsters (1998). Not a bad start in the business! The boob tube got a hold of the babe, and Jesse had small appearances on hit shows like ER, The X-Files, Angel, Felicity, and Chicago Hope. Back on the big screen, Jesse played a young version of George Jung in the fantastic flick Blow (2001) before moving on to movies like The Butterfly Effect (2004), The Amityville Horror (2005), and Jumper (2008). Finally, it was in the horror flick Dead Souls (2012) where Jesse got shirtless during a brief make out scene. It’s not much, but it’s a hint of what the brown haired babe has to offer. Double J has what it takes to make our knees weak, but we need a little more of his flesh to get us over the edge!