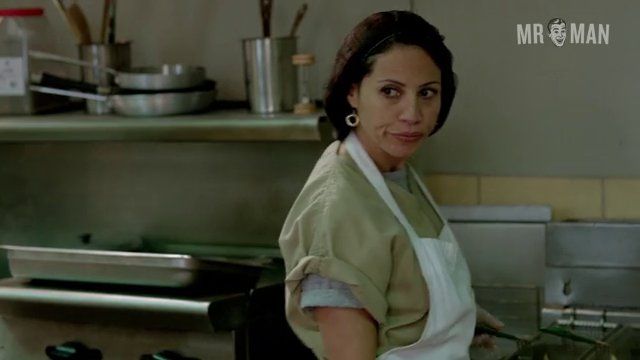 Joel Garland is a manly sort of dude with a beefy body and a real talent for acting. The extra-large hottie made his movie debut in the mystery drama Interstate 84 (2000) before making a memorable appearance in the award-winning flick The Believer (2001). Joel brought his bulky hotness to the boob tube shows Third Watch, The West Wing, Law & Order: Special Victims Unit and Kings. Even though Joel kept his clothes on in the films See You in September (2010), Limitless (2011) and What Maisie Knew (2012), he still looked amazing. Joel finally gave us a peek at his plumber’s crack while doing some work on a radiator in an episode of the Netflix prison drama Orange Is the New Black. Orange may be the new black, but Joel is Mr. Man’s new crush!