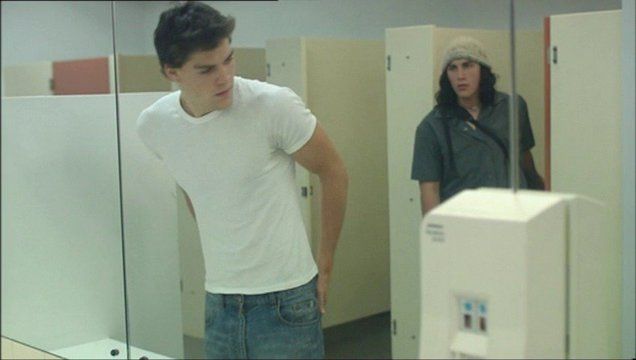 Aussie stud Joel Mackenzie is better known in his native Australia as a stand-up comic. He not only performs comedy, but he is one of the chief organizers of one of Australia’s biggest comedy festivals. When he is not acting or on stage telling jokes, he runs a sports blog that focuses on Aussie sports while also bringing out the funny side of them. Joe gets a little lip action when we see him make out with another guy in 2:37 (2006). There is no nudity as we only see him and the other guy from the neck up, but they share a kiss that is passionate enough. These hot Aussies will have your down under area churning with desire.