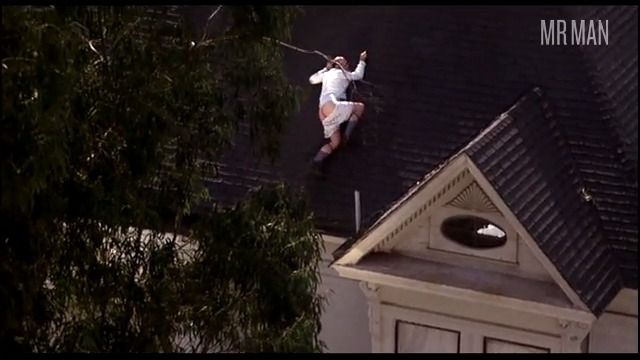 Beloved bald character actor and comedian Ken Olfson has been a recognizable figure in one project or another since the early 70s.  Be it his appearances on The Carol Burnett Show, The Nancy Walker Show, or Happy Days, he's played either the signature bumbling bald boob or the jerk dean to the kids just trying to party!  Ken made a brief but albeit memorable Nude-Comer debut in the college exploitation flick H.O.T.S. (1979) as, you guessed it, the jerk Dean!  He gets stuck on his roof with his boxers pulled down and he proves once and for all that the back room rug matches the lack of drapes!  Ken passed away back in 1997 but left a series of memorable roles in flicks like Mr. Mom (1983), Spaceballs (1987), and Breakin' 2: Electric Boogaloo (1984). Farewell you beautiful bald babe!