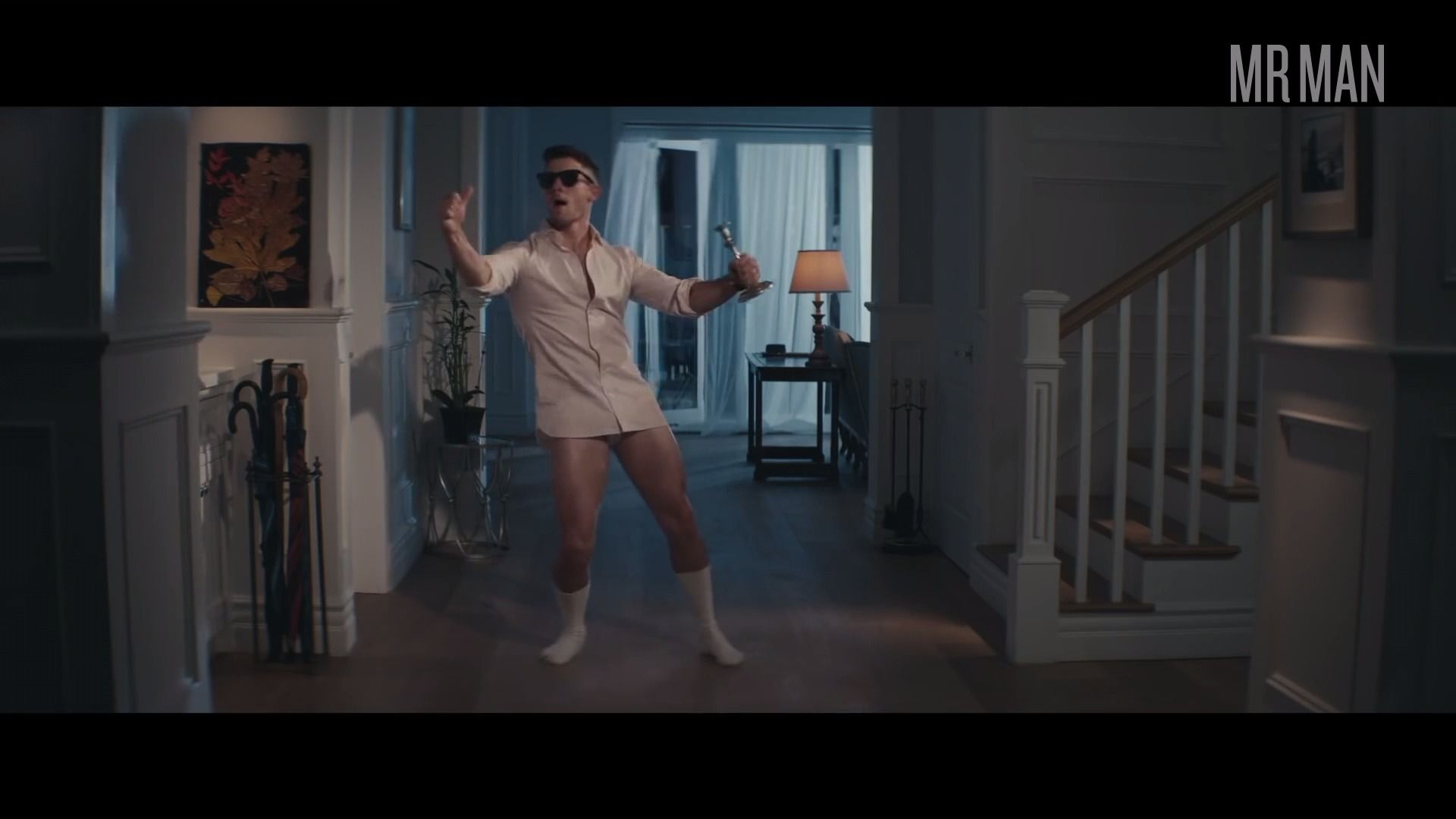 Jonas Brothers: What A Man Gotta Do
Sexy, underwear Nick Jonas, Joe Jonas, and Kevin Jonas are skintastic in this sexy scene!

Ah, the eldest Jonas Bros.  Kevin Jonas, often considered the stable family man of the super famous trio of brothers versus his two younger siblings who have been on-again and off-again with a series of equally famous female celebs.  Not big bro, Kev!  He's been married since 2009 and is the only brother with a couple of kids to his name so far!  Still doesn't take away anything from that baby face of his or those piercing hazel eyes, which also rose to super stardom with Disney alongside his baby bros!  All three of them have been considered sex symbols of chaste chivalry for years and years, they eventually all had to fall in line with the rock star lifestyle and show off a little bit of skin though, which Kevin does with aplomb, mimicking the famous scene from Say Anything...  in their music video "What a Man Gotta Do" while they all try to woo their real life wives, showing some bulge in the process.  Hopefully Kevin keeps losing morals as the music videos keep churning out because we'd certainly love to see more of that bulge in some tighty-whities!

Jonas Brothers: What A Man Gotta Do - as Himself