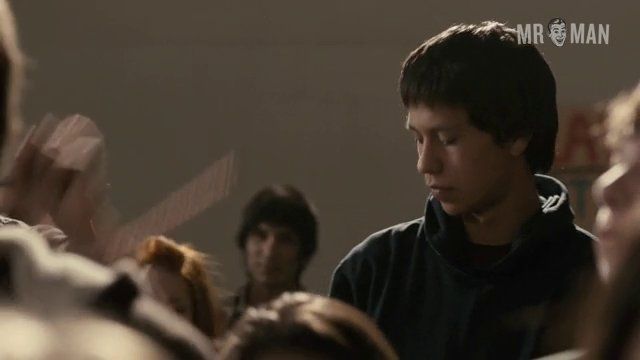 The Lesser Blessed (2013)
Sexy, shirtless 00:21:00 Kiowa is a shirtless volunteer that gets auctioned off to raise money.
advertisement 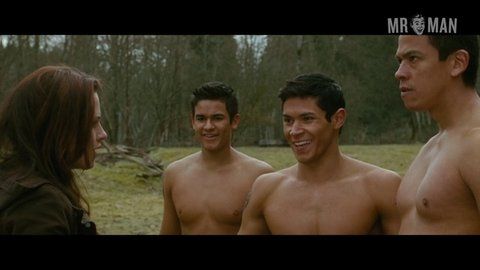 The Twilight Saga: New Moon (2009) Sexy, shirtless 01:09:40 The wolf pack is heading to Bella's house, presumably to find their shirts! 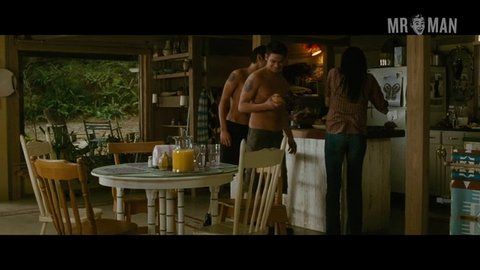 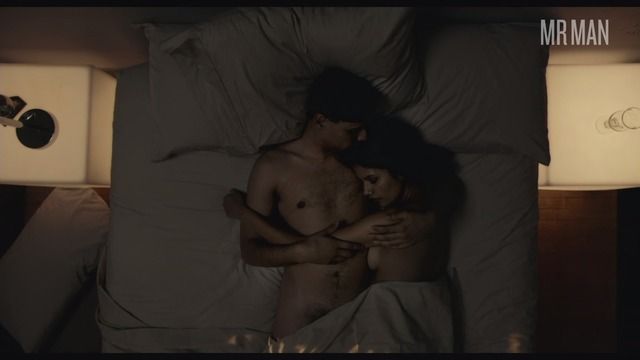 Through Black Spruce (2019) Sexy, straight, shirtless 01:03:55 Kiowa Gordon shows us a little manbush after getting busy with his lady and they cuddle in bed, then some side rump with a strategically positioned leg.
+4
More Pics &
Clips >>

German hunk Kiowa Gordon got an amazing start to his acting career, scoring the role of super sexy shape-shifter Embry Call in all the incarnations of The Twilight Saga. This Twilight star was sure gleaming when he shucked his shirt and showed his abs for a date auction in the emotional drama The Lesser Blessed (2012) before moving on appear in The Projectionist (2014) and Drunktown’s Finest (2014). Mr. Man sure thinks Kiowa is fine, especially on the television series The Red Road. He unfortunately keeps his clothes on, but let’s hope that he takes a sharp right down the nude road!