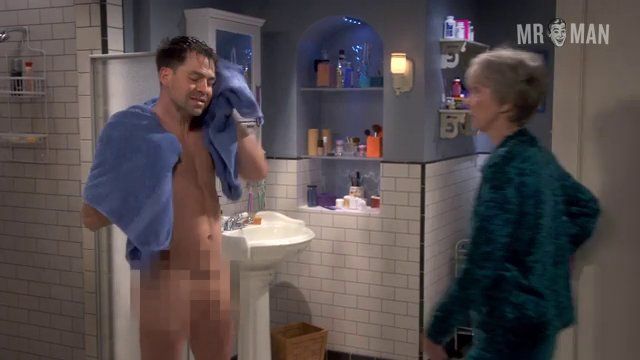 Kyle Howard is well-known for dating reality star Lauren Conrad and appearing opposite a bunch of talking ice cubes in a Coca-Cola commercial. But Kyle proved that he is larger than an old girlfriend and a dumb commercial with his glorious appearances in the movies Address Unknown (1997), Townies (1999), Easy Six (2003), and Made for Each Other (2009). When you’re as handsome and gregarious as Kyle, scoring roles on the boob tube comes with ease, and Kyle found recurring success on the shows Love Boat: The Next Wave, Grosse Pointe, Run of the House, and Royal Pains. It was television that gave us our first look at skin from Kyle. On season one, episode four of the TBS comedy series Your Family or Mine, Kyle emerges from the shower to give us a blurred out look at his freshly cleaned body. Censorship sucks!