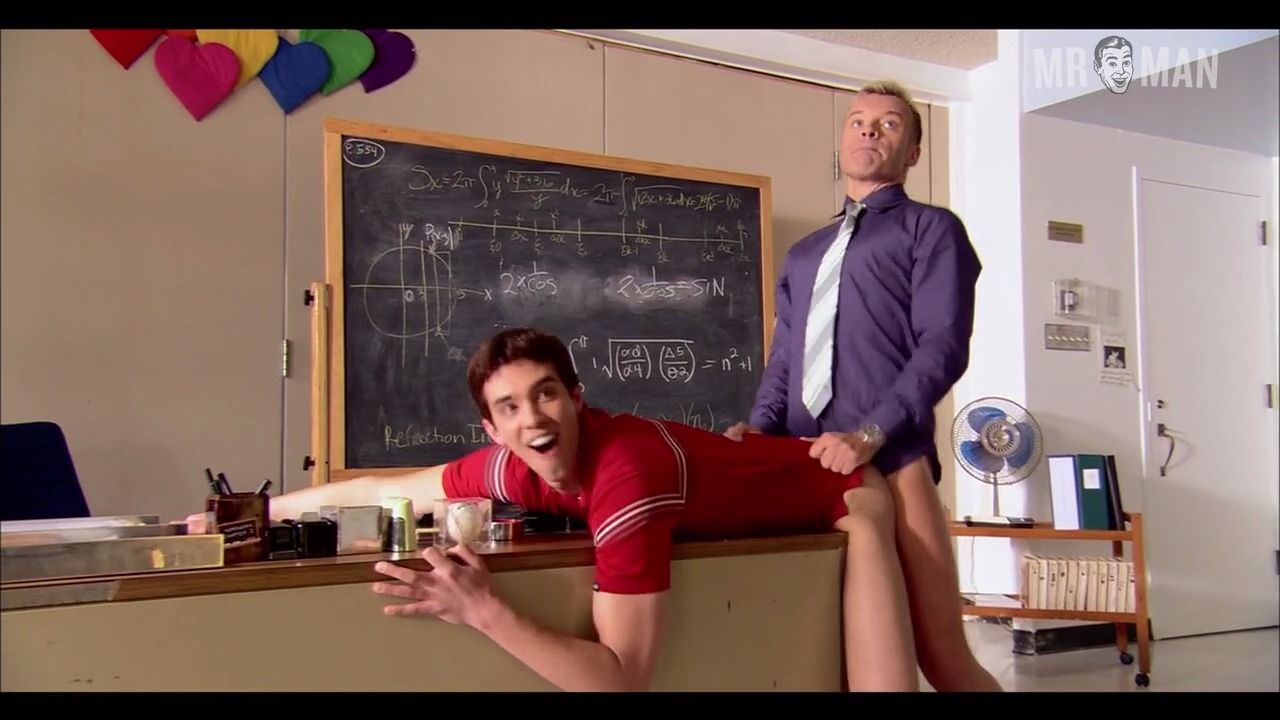 Another Gay Movie (2006)
Nude, butt, gay 00:00:56 Michael and Graham strip down and share some comical sex during a classroom daydream. 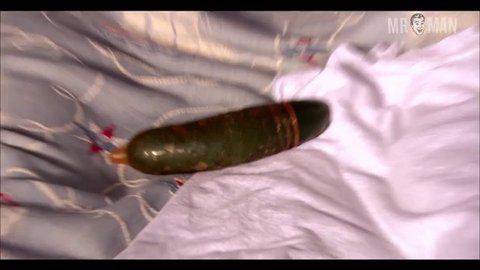 Another Gay Movie (2006) Sexy 00:01:45 Michael gets caught in a bawdy moment by his parents, almost giving us a look at his good parts. 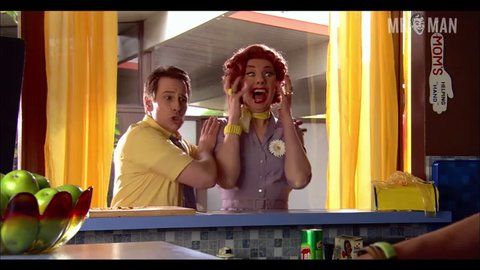 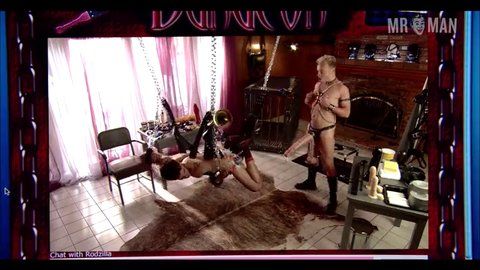 What a dish is Michael Carvbonaro! His last name even sounds like an Italian delicacy. The native New Yorker began his acting career in A Tale of Two Pizzas (2003), which is appropriate for a guy who grew up in the home of the slice. Continuing the grand tradition of confusing Jews and Italians, he starred as Adam in Off-Broadway hit comedy, Jewtopia. Not to be typecast, Michael appeared in the comedy Another Gay Movie (2006), which won him the OUTfest "Best Actor in a Feature Film" award, and won us a nice shot of his butt. There's something stuck in his butt, but we're not complaining. There is also plenty of bulge in several close-up shots of his crotch when he's only wearing boxers. Hopefully he'll make a sequel!

10 Pics & 5 Clips
Nude, butt, gay 00:00:56 Michael and Graham strip down and share some comical sex during a classroom daydream.
Nude, butt, shirtless 00:44:15 Michael gets caught humping a pie with a tube and a mouse in his ass.
Nude, butt, gay, shirtless, thong, prosthetic 00:54:22 Michael's cheeks peek through his ripped boxer shorts as he finds himself entangled in a bondage device. Graham enters the room sporting a big ol' dildo, ready to give Michael a thrill.
Nude, butt, underwear, gay, shirtless, bulge 01:25:05 Michael is stripped down to his blue underwear while James and Darryl drop their pants and begin spanking Michael. Jonathan and Mitch give Michael a hardcore banging.