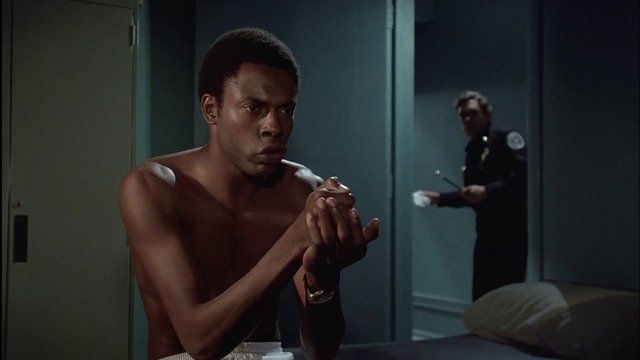 Before exploding on the scene as the breakout start of the Police Academy series of movies, Michael Winslow was using his interesting ability to make realistic noises with his mouth on other shows. Having won The Gong Show twice, and appearing in a few movies and TV shows, Michael’s career was on the rise then he was cast as Larvell Jones in Police Academy (1984) where his ability to make cool noises made him a household name. Over the years, he has appeared in more than 70 movies and TV shows and he is the only member of the original Police Academy cast that has appeared in every Police Academy related production including all of the movies, the TV show, and the animated series. A shirtless Michael in Police Academy will have you making the noises of passion when he stands in a locker room with his shirt off making his famous noises. Your screams of desire will mix perfectly with the sounds of this sexy scene.