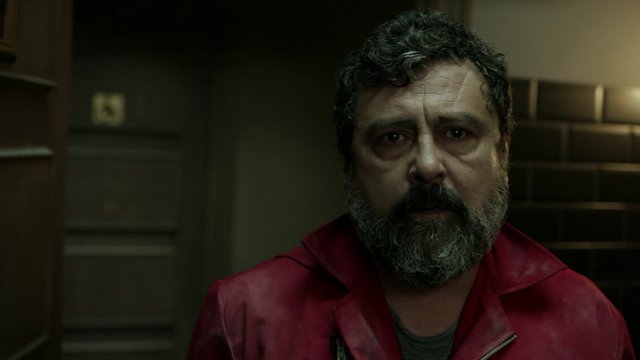 La casa de papel, another incredible foreign-language show from Netflix, is about an unusual heist that goes down at the Royal Mint of Spain. According to the Professor, the mysterious guy in charge, the money they are going to steal belongs to no one and the affair won't include any bloodshed - though everything goes haywire once the affair begins, of course. Not only do many of the robbers break their vow not to get sexually or romantically involved, but the taking of the hostages doesn't go quite as smoothly as planned. Jaime Lorente gets caught having sex in a bank vault, giving us a good look at his toned upper body. Álvaro Morte plays the Professor, who is also shirtless post-sex. Miguel Herrán is Rio, the computer genius of the group, who shows sidebutt and beautiful upper body when he has hot sex with his heistmate!

Sexy - as Suarez, Chief of GEO