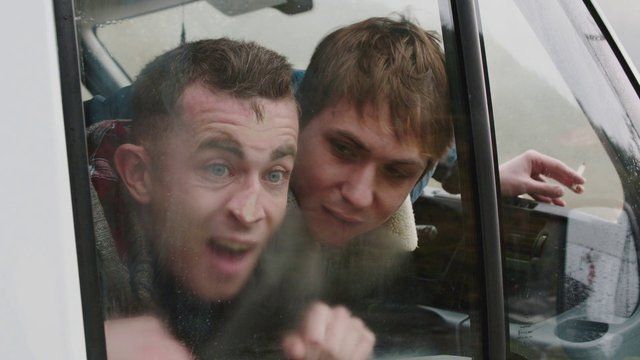 Scottish Mussel (2015)
Sexy, shirtless, bathing suit 00:09:09 Morgan comes up from underwater after holding his breath for a long time.
advertisement

The mighty Morgan Watkins is a British babe with a strong jaw and a stronger chest. This totally cut cutie with dark hair and stunning brown eyes trained as an actor at the Royal Academy of Dramatic Art. Oooo, he's a serious lad! He has starred in The Hour (2012) as Norman Pike and as George Windell in The Mill (2014). He plays a total hunk in Scottish Mussel (2015), donning an American accent and abs of steel when he shows up on screen in just his red swim trunks and a six-pack of perfectly sculpted abs. He puts the Muscle in Scottish Mussel.