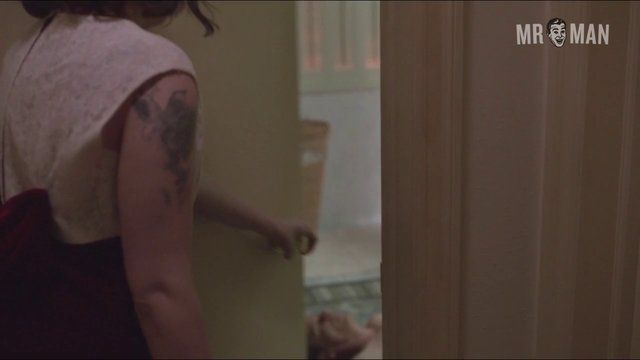 Peter Scolari certaintly is a DILF. The actor has been working steadily in Hollywood since his roles in Goodtime Girls (1980), Bosom Buddies (1980) where he was pals with fellow hunk Tom Hanks, and Newhart (1982). The tall, dark-haired actor with the sharp nose and strong, thin frame can do both comedy and drama...as well as nudity! Peter had a shower scene that turned dramatic in Girls (2012) where he plays the sexy father to Lena Dunham. Looks like getting bare-assed runs in the family! Although the scene turns serious with a heart attack scare, Peter lays on the bathroom floor with his willy out for the world to wonder at. Leaning back with his long legs on display, it's like he is tempting us to get on top of him!