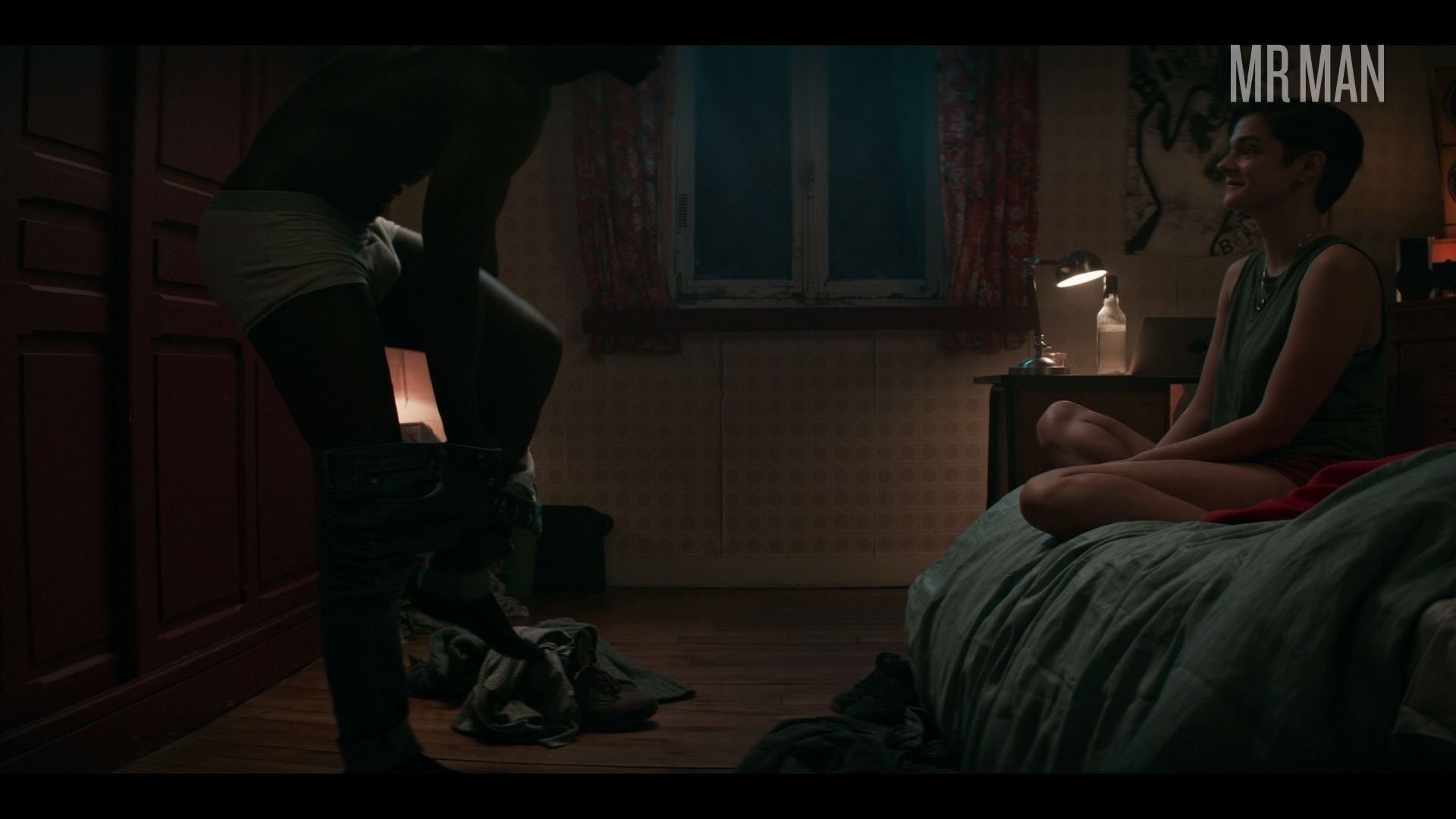 The rugged Ralph Amoussou is an actor born in Paris, France on May 3, 1989 who made his onscreen debut in the film Les enfants du pays in 2006. Since then, you’ve seen him in La fine équipe (2016), Under the Starry Sky (2013), and Par instinct (2017). Our favorite place to see this foxy Frenchman is his role as Seby in the TV series Marianne when he shows off his beautiful bulge! Ralph gives us a look his perfect pecs and beefy bod when he strips down to his briefs to get sexy with a woman waiting for him in bed. We can’t take our eyes off his massive bulge in his tight undies as he stands in profile. Ralph’s manly, muscular bod is looking fantastique!