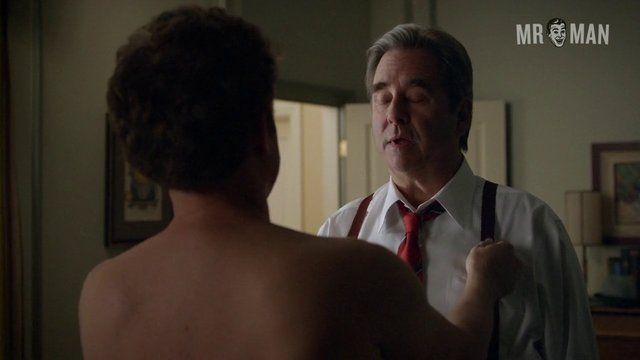 Missouri native Rob Benedict attended Northwestern University where he received a degree in Performance Studies. After working in the local theater he moved to Los Angeles and began working in films and TV. Rob has one of those faces that are familiar which may come from the fact that he has amassed over 65 film and TV credits during his 20+ year career. We get very familiar with Rob’s nice upper body when he crawls out of bed in his boxers in an episode of Masters of Sex (2013 - ). Rob starts out under the covers, but then he sits up and stands up, letting us see his fine upper body as he goes.