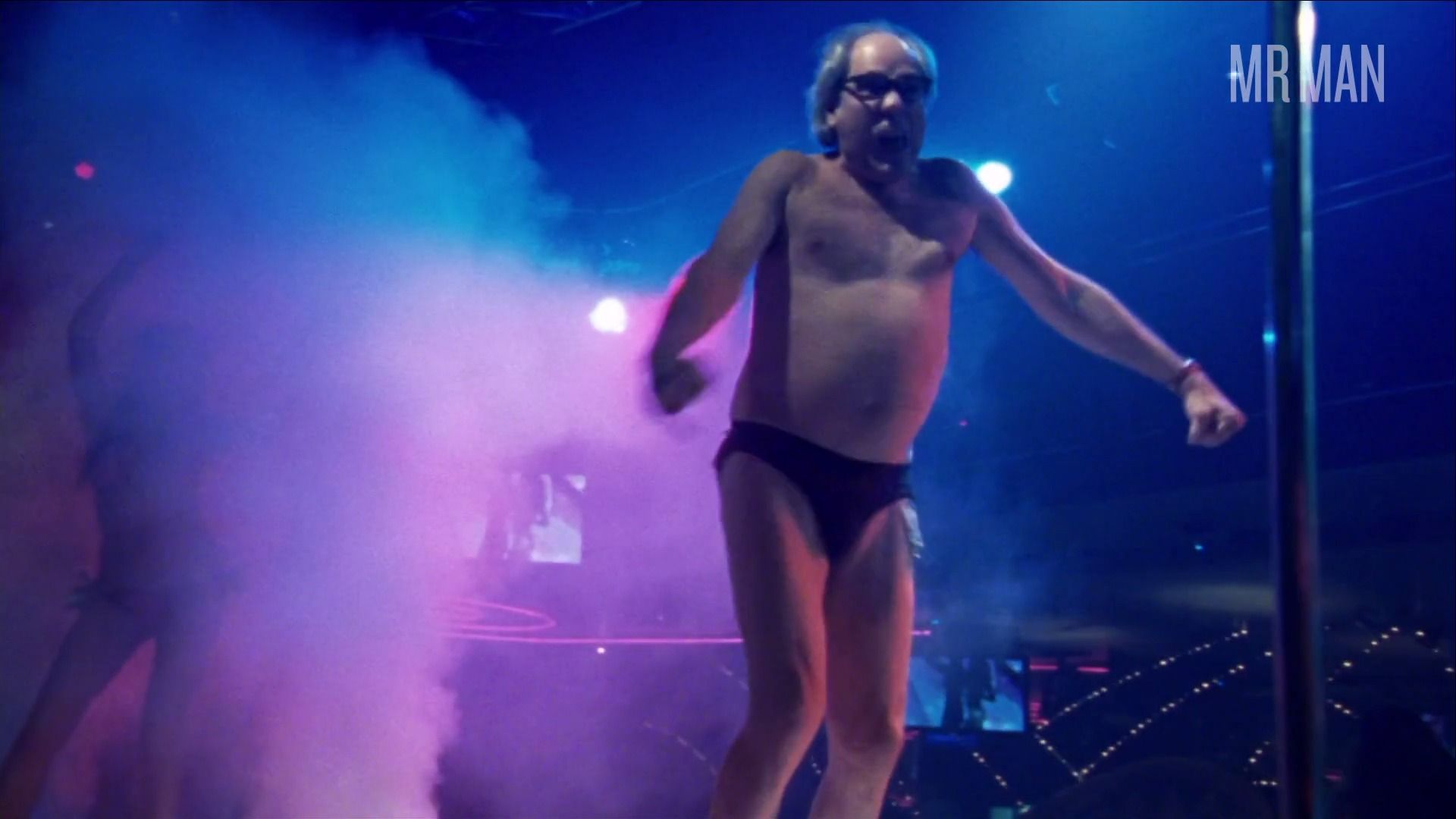 One of the all-time greats!  Bronx born, Jewish funny man, Robert Klein has seemingly been around forever and is more recognizable as the years continue to roll on for younger audiences who keep coming across how hilarious this guy has been since the 60s.  Robert got his start where most of the great comedians got theirs on the stages of Second City in Chicago, where he was one of the earlier troop members and the star never stopped rising for him!  Robert was one of the most prolific stand-up comics from the late 60s through the 80s after that and even peppered in several plays, TV shows, and movies along the way.  Ain't nothing sexier than funny and you can double that up when you get a funnyman like Klein stripped down in a comedy movie, which get all the way down to his black undies on stage in the 2011 comedy Demoted.  Robert Klein, keep doing what you're doing because we'll watch it all, you sexy old stud you!