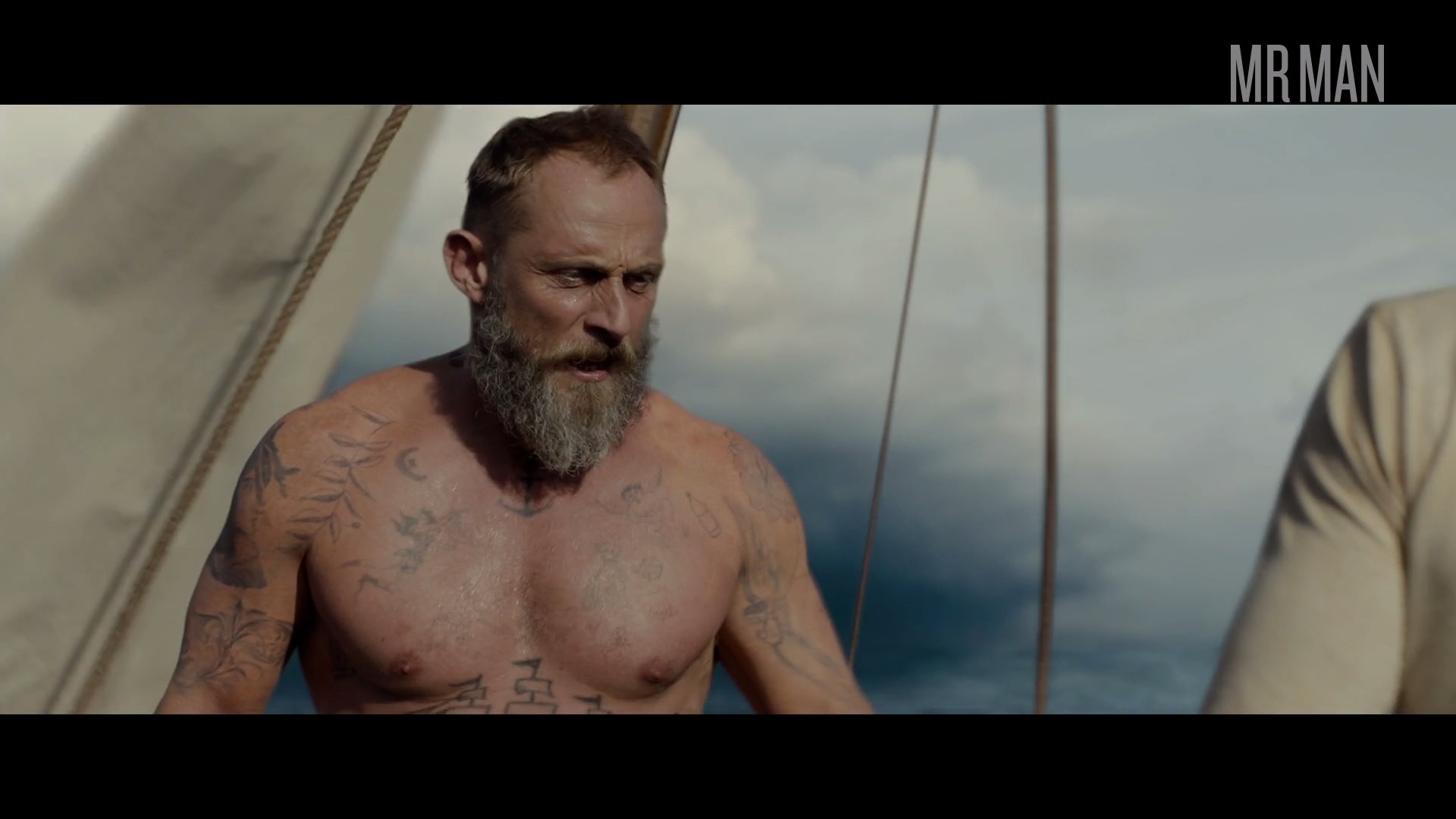 The imposing, tattooed Roland Møller may have gotten his start in the criminal underworld of Denmark (yes, really), but it turns out that time in prison really can parlay into a career in entertainment. When Roland was used as a screenplay consultant for a prison drama at a jail he served time in, the producers decided they wanted him to take a role in the film. Since then, he's been in Atomic Blonde, a WWII drama, and Papillon, where he stars alongside Rami Malek and Charlie Hunnam. We get to see his totally tattooed torso as he makes use of his terrifyingly sexy frame within the confines of a tiny boat.