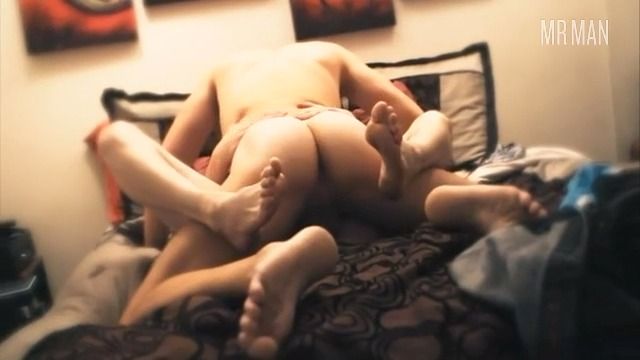 The handsome Sean Benedict is tastier than any benedict you'll ever eat. This sexy sweetheart just can't be beat! This British babe also goes by the name A. Sean Benedict and he stands at 5'7" which is actually super hot. His confidence makes him one tall drink of water. He got his debut in Doctor Who (2012) as Dockery. From there he played Sam Boas in Dead or Alive (2013) and Brandon Hill in Final Callback (2014). You'll finally want to call him back after also checking him out in the short films Don Quixote and Umwelt. His career might seem like it has slowed down, but one of his most recent roles was one of his sexiest. It was gay, hot, sweaty, and ass-filled. He plays Brendan's Lover in Kissing Darkness where you'll want to kiss his ass - literally. He is on top of his lover and bent over to expose his ass straight to the camera. It's a memory for Brendan as he fondly remembers - and fondles himself - having Sean on top of him. Sean's blue underwear slides down his buns to show off his slot that looks like it's severely lacking in having something slip inside of it. His two white buns look steamy and dreamy in this memory scene that will fill your spank bank and your pants. His lover grabs Sean's ass cheeks and pulls him tight when Sean is on top of him. Sean is one sexy top with a peachy bottom to watch in this sensual scene that will leave a memorable mark on Mr. Man's cinema history!