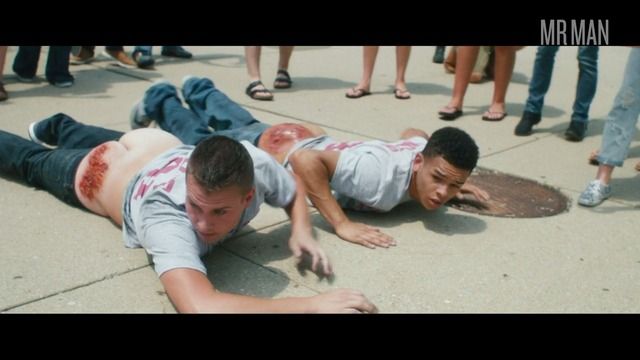 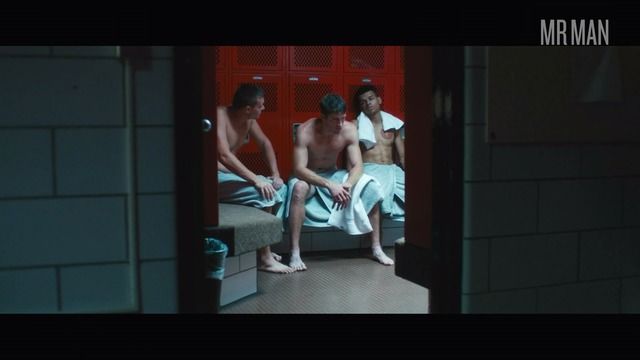 The sexy Shawn Mattox is a Hamilton, Ohio, native which is why he appears to have such a boy-next-door Midwestern charm to him. Don't worry because he's not 100% a goodie-two-shoes. He's a sultry sexpot with a naughty side that has given him an introduction to Mr. Man. The 5'8" fox began his career with an uncredited part in the feature film Dog Eat Dog (2016). That gave him a little dose of filmmaking pleasure. He gave us pleasure from his appearances in Permanent Reminders (2017) as Jack and Remnant 13 (2018) as Gavin. His career is clearly on the rise, but it was his second role in a feature film that landed him a coveted spot on Mr. Man. He played Chad Vincer in Blood Ride (2017), but we don't need to con-vincer you to watch his sexy scenes. In one scene, he's shirtless in a lockerroom to show off his upper pec tattoo and his flat washboard abs. You could grate cheese on steal abs like those! We see his ass in another scene where babes seeking revenge for their friend's attack, come after Shawn's character and his friends. They pull down all of their pants which shows Shawn's crack. More Mattox ass, please!