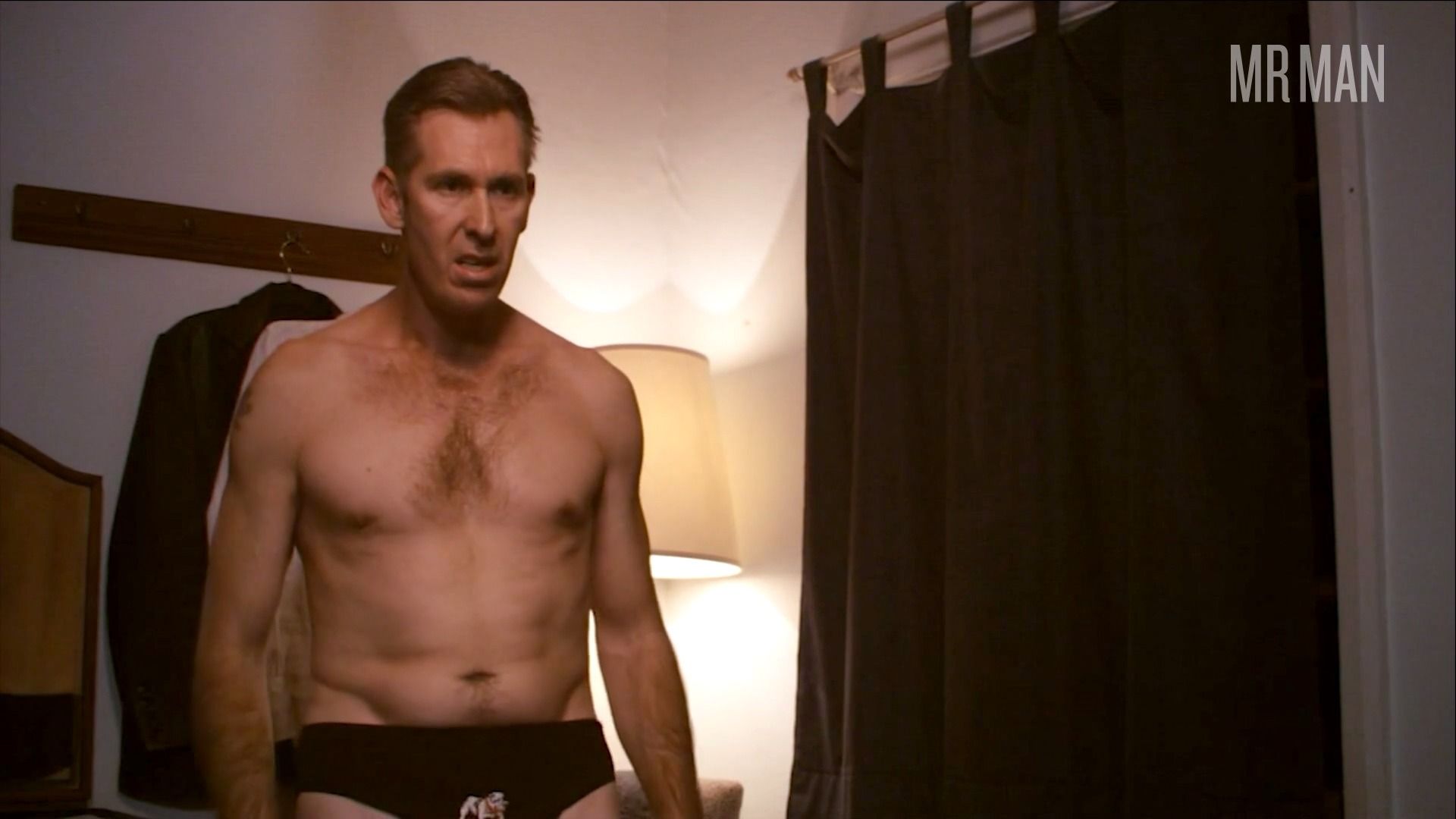 With his red hair, tall figure, and long face that suggests he might have something long in his pants - Stephen Irwin is a shoo-in for your new favorite actor. Stephen Irwin stars in the raunchy female-driven comedy Baby Fever (2017) about women trying to fight their biological clock. Don't fight it! give in and try to make sweet babies with Stephen Irwin. That's exactly what one tries to do. Stephen is a great choice, too. He wears a Speedo which really puts the emphasis on his big bulge. It also shows off the tuft of ginger hair on his chest like a field of orange grass. You'll want to run your fingers through his chest hair and follow the happy trail all the way down to his package. Those women have baby fever, but we have Stephen Irwin fever. Irwin's lanky bod is an Ir-winner!