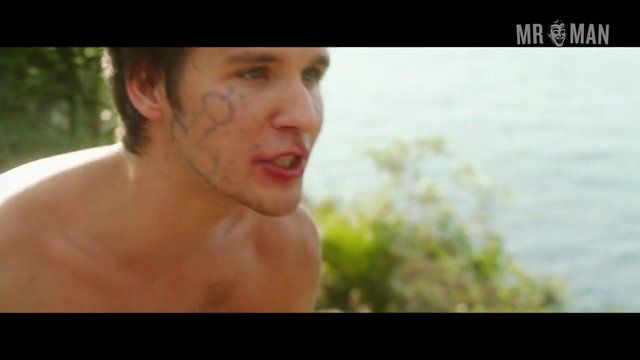 Sundown (2016)
Nude, butt, penis, shirtless 01:14:21 It's three butts for the price of one when the boys of Sundown go nude in the jungle!
advertisement

Sundown (2016) is a comedy about two high school seniors, Blake (Sean Marquette) and Logan (Devon Werkheisser), who are about to go on the most epic spring break of their life in Puerto Vallarta. They hope to hook up with their crushes while they're down there or maybe hook up with one of the bikini babes they are surrounded by like Gaby played by Camilla Belle. After Logan and Gaby hook up, he wakes the next morning to find his heirloom rolex missing. This starts the boys on an adventure to get the precious watch back.

The sun goes down so the moons on Devon Werkheisser, Sean Marquette, and Silverio Palacios can go up. These boys have beautiful buns! Especially Sean who later gets his booty waxed! Now that's an epic spring break.