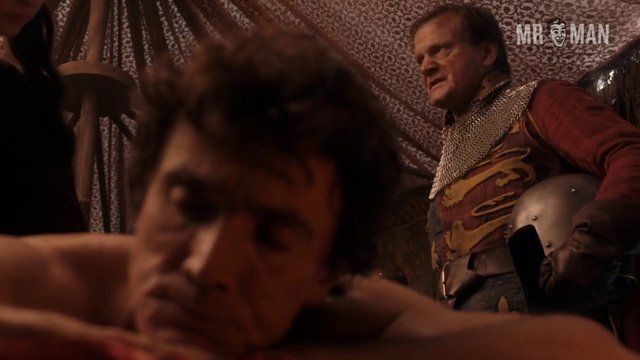 The star-studded BBC Two series The Hollow Crown proves that there are some amazing things happening across The Pond. Sorry, Game of Thrones! The series features the likes of Tom Hiddleston, Ben Whishaw, Patrick Stewart, Jeremy Irons, Benedict Cumberbatch, and Judi Dench. Crown takes an atypical scheduling approach by separating the two miniseries events comprising the show between 2012 and 2016. 2012’s production, “Cycle I,” adapts the stories of William Shakespeare to the small screen with Richard II, Henry IV, and Henry V. 2016’s “Cycle II” episodes include Henry VI and Richard III. With four BAFTA awards under its belt, the series is a bona fide hit. While it doesn’t have the nudity we’ve come to know and love from shows like the aforementioned Game of Thrones, it’s a hit here at Man for some shirtless action! In season 2, episode 1 watch Ben Miles get a candlelit rubdown!